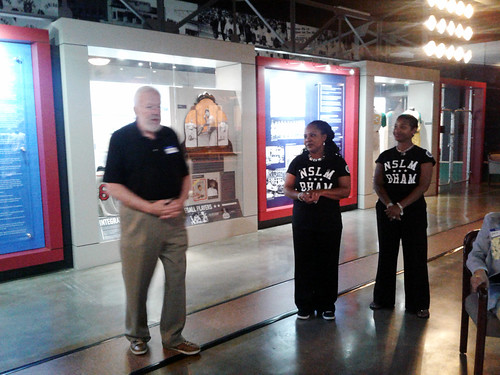 This year’s conference’s theme was the final Negro League World Series in 1948, including a visit with Rev. Bill Greason, who played for the Birmingham Black Barons in that series 70 years ago.

The full schedule can be found by downloading the registration form (PDF). Thursday night included a reception at the Negro Southern League Museum, hosted by Dr. Layton Revel. On Friday, attendees enjoyed an all-day event at Rickwood Field, the only ballpark still in existence that hosted a Negro League World Series. Saturday’s session included presentations on the 1948 Negro League World Series, which was played at Rickwood Field.

Click here to find a photo gallery from the conference, courtesy of SABR member John Wakelin: