LIVE FROM THE AFL CONFERENCE — At major league games, umpires and official scorers have one key similarity: They must have a strong understanding of the rulebook. But their perspectives often differ on which parts of the rulebook they must focus, a fact that former professional umpire Travis Katzenmeier and Arizona Diamondbacks official scorer Rodney Johnson say was made clear to them during a disputed game-ending play in September between the D’backs and San Diego Padres at Chase Field. 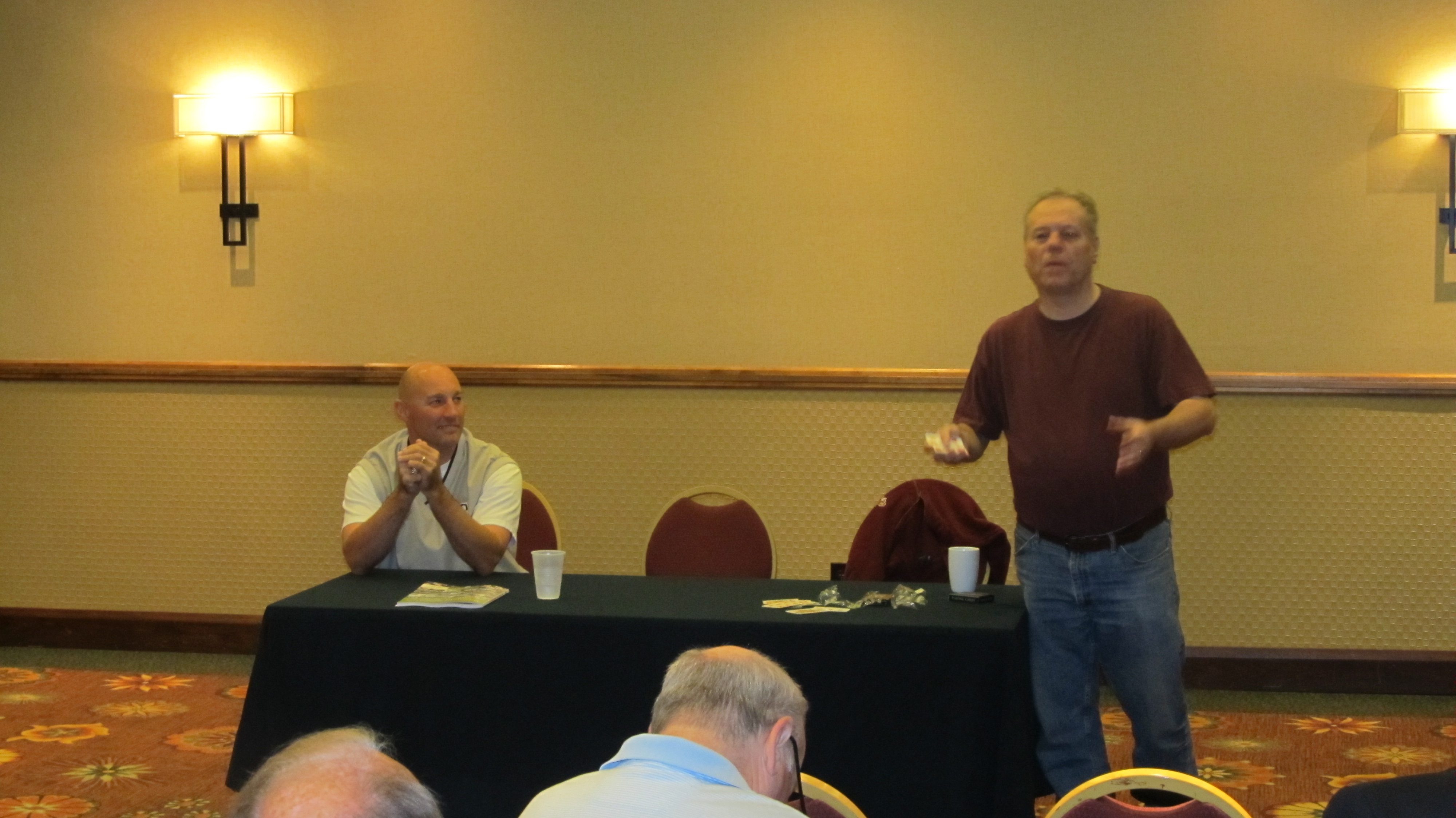 Katzenmeier was a guest speaker at the Flame Delhi Chapter’s fall meeting on Saturday, November 5 at the Hilton Phoenix East/Mesa, as part of the third annual SABR Arizona Fall League Conference.

Regarding the September 10, 2011, game in Phoenix, the Padres protested the fact that baserunner Miguel Montero did not touch second base after Lyle Overbay drew a game-ending walk with the bases loaded in the 10th inning. But rule 4.09(b) makes it clear that only the batter and the scoring runner are required to touch their bases when a game ends on a walk or hit-by-pitch. (View the MLB rulebook online here.)

Johnson, who was in the press box that afternoon, said he was called down to the umpire’s dressing room — “like I was getting sent to the principal’s office” — by crew chief Tim Welke to discuss the play afterward.

“That was a first for me,” said Johnson, the president of the Flame Delhi Chapter who has been scoring Diamondbacks games for 11 years.

Katzenmeier, who has 13 years of professional umpiring experience — including parts of the 1999-2001 seasons in the majors — and now works as an umpire observer for MLB, said umpires not only have to know the rules but how to enforce them. 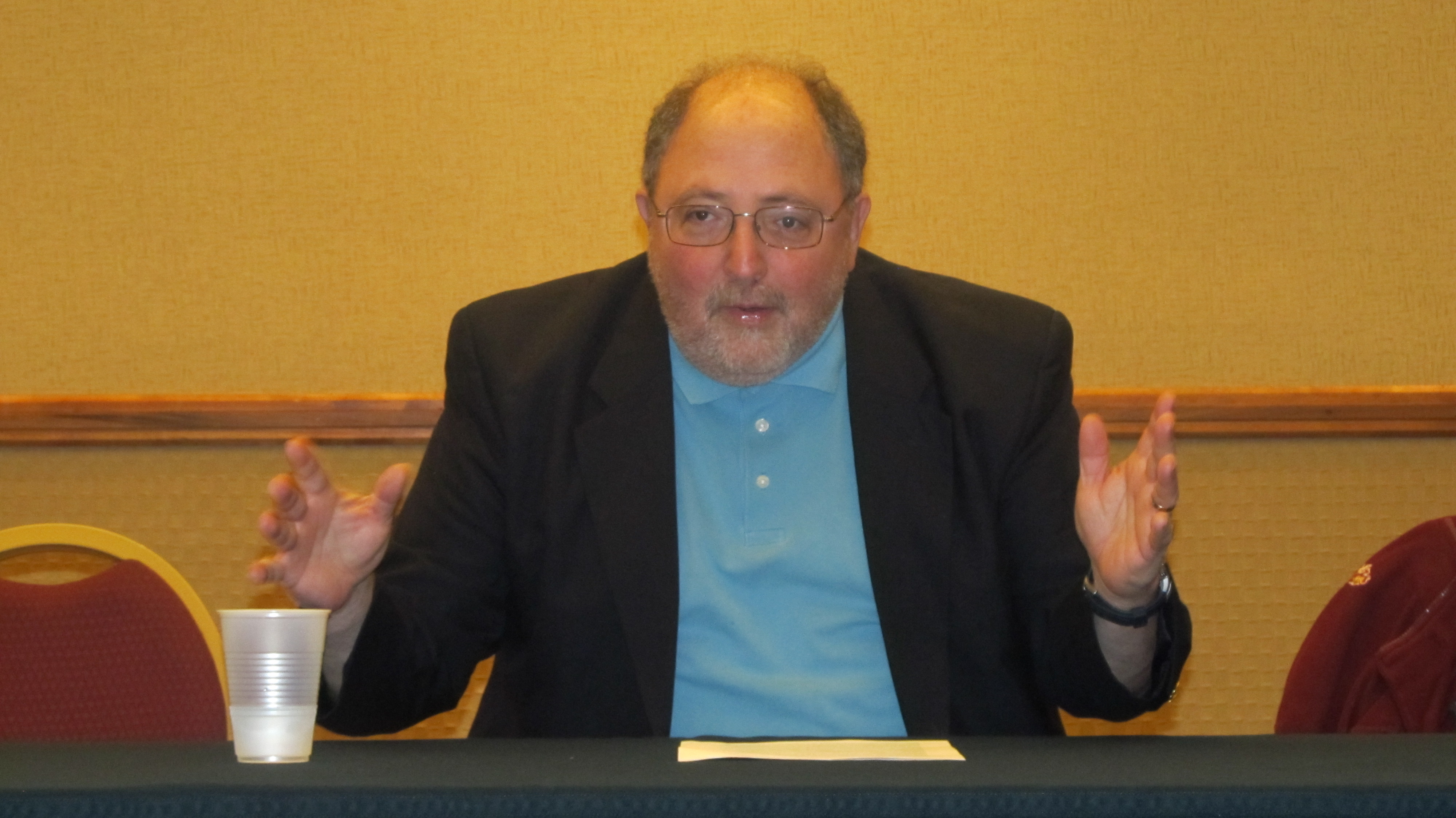 “You never know what’s going to happen on the field. As long as you’re involved in baseball, something new will always happen,” he said. “You could be in baseball for 60 years, but there’s always a call you haven’t had to make yet.

“I actually had a very similar situation in the minor leagues once, but it was a batted ball not a walk. So that made it a force play and I had to call the runner out. The rule (in the Padres-Diamondbacks game) did not apply to that situation.”

Also appearing as a guest speaker at the chapter meeting Saturday was MLB.com senior writer Barry Bloom, who regaled a crowd of about 20 with his World Series edition of the 1975 hit song by ABBA, “Fernando”, which he retitled “Ogando” after Texas Rangers reliever Alexi Ogando.

Bloom discussed a wide range of topics, including the Cardinals-Rangers World Series, the growth of baseball and the legacy of Commissioner Bud Selig. Here’s a sampling of his comments:

Here are more photos from Saturday’s activities at the AFL Conference:

For more coverage of the SABR Arizona Fall League Conference and photo galleries of the weekend events, visit sabr.org/AFL.