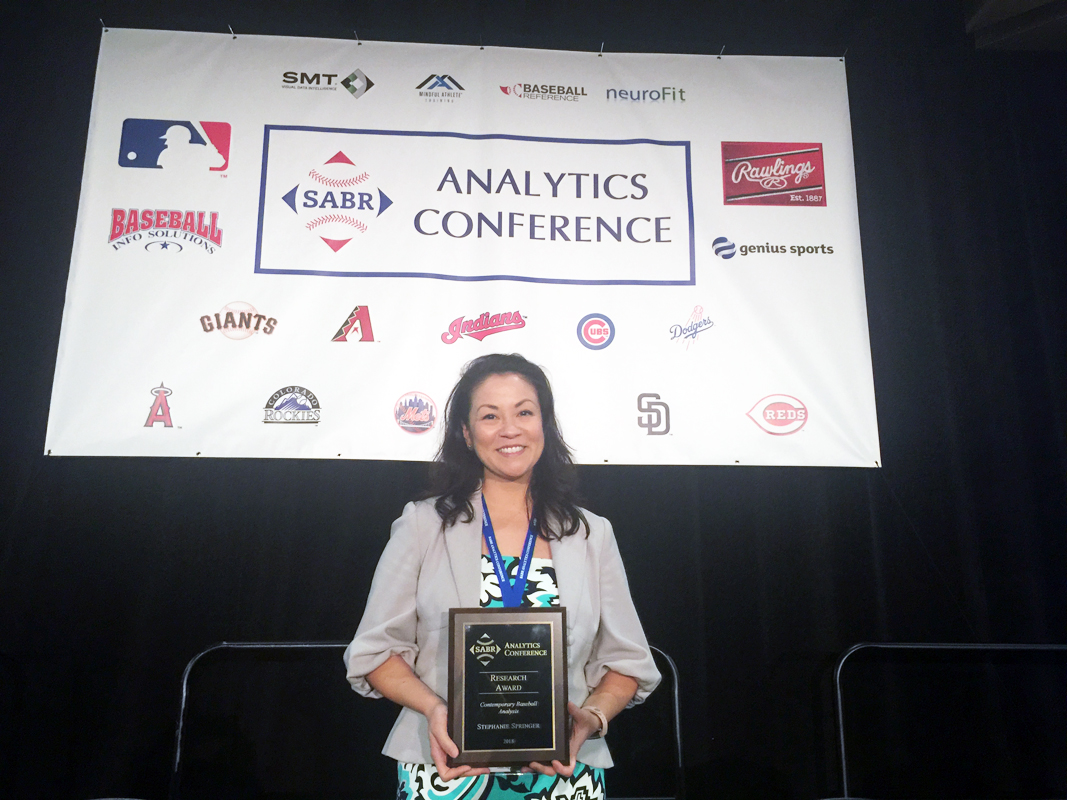 Baccellieri was voted as the winner of the Contemporary Baseball Commentary Award for her article “Major League Baseball’s Statcast Can Break Sabermetrics,” which was published by Deadspin on December 18, 2017. Baccellieri writes for Deadspin, Baseball Prospectus, and other outlets. Before focusing on sports, she held reporting internships with Open Secrets, McClatchy’s Washington, D.C. bureau, and the Charlotte Observer. She graduated from Duke University in 2016.

Springer (pictured at right) was voted as the winner of the Contemporary Baseball Analysis Award for her article “Get a Grip,” which was published by The Hardball Times on October 25, 2017. Springer is a medicinal chemist with more than a decade years of experience in the biotech and pharmaceutical industry. Since 2010, she has worked as a patent examiner with the United States Patent and Trademark Office. She holds degrees from the University of Maryland and Boston College.

Brisbee was voted as the winner of the Historical Baseball Analysis/Commentary Award for his article “Why Baseball Games Are So Damned Long,” which was published by SB Nation on March 28, 2017. Brisbee is the senior baseball writer for SB Nation. Since 2005, he also has been the lead writer for McCovey Chronicles, a San Francisco Giants-themed website on the SB Nation network. His work has appeared on MLB Network, Deadspin, and Business Insider. He is a graduate of San Jose State University. This is Brisbee’s second SABR Analytics Conference Research Award, having won the Contemporary Commentary award in 2015.

The SABR Analytics Conference Research Awards recognize baseball researchers who have completed the best work of original analysis or commentary during the preceding calendar year.

Voting for the winners was conducted online from February 2-12, 2018, at SABR.org, BaseballProspectus.com, FanGraphs.com, HardballTimes.com, and BeyondtheBoxScore.com, with results weighted equally at 20%.

To view past winners of the SABR Analytics Conference Research Awards, click here.