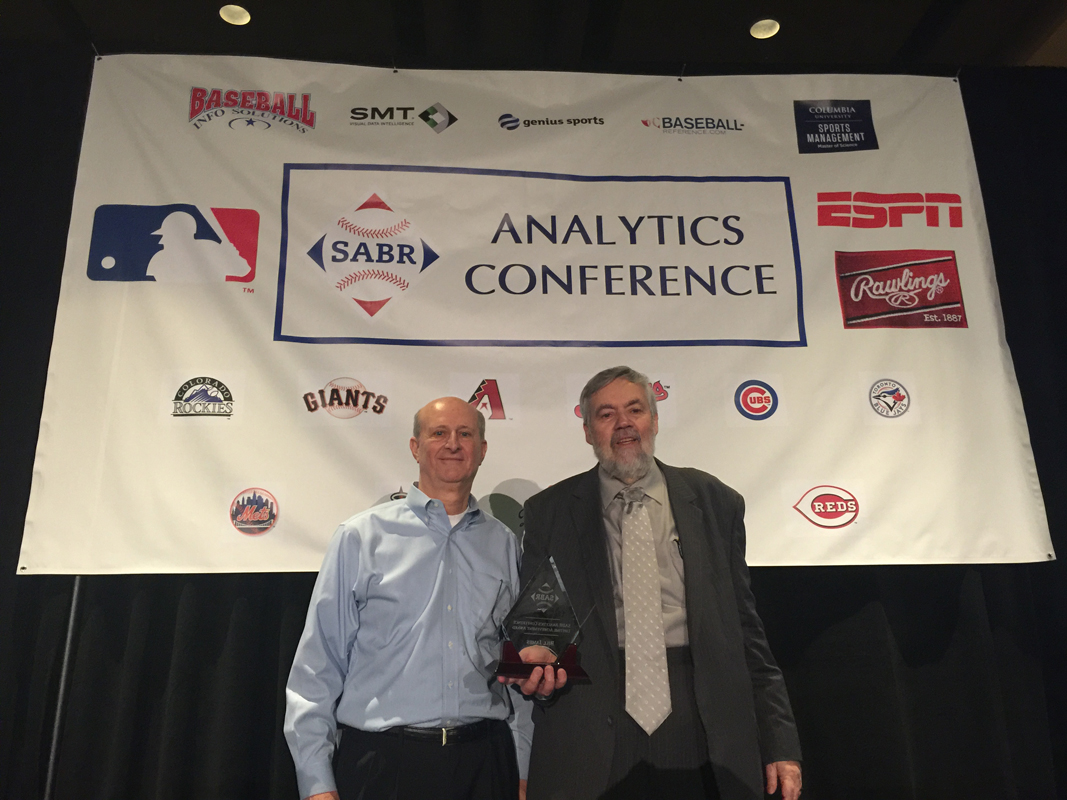 “Bill is receiving this award because of his enormous contribution to the game of baseball,” Gennaro said. “His writings have been provocative; they’ve encouraged us to think about baseball in new ways.

“Perhaps the greatest gift he has is his ability to frame a problem and ask the powerful question, the one no one else oftentimes is asking. He’s inspired thousands of others to seek an answer [and] that ultimately leads to a much deeper understanding of the game for fans, for baseball operations departments, and for anyone who really wants to understand how the game works.”

James is the best known baseball analyst in the world and a prolific author of many books, including the Historical Baseball Abstract, Win Shares, Politics of Glory, The Bill James Gold Mine, and the annual Bill James Handbook. Forty years ago, in 1977, he began publishing an annual series of Baseball Abstracts that were treasured by readers as much for Bill’s high-quality writing as his many statistical innovations.