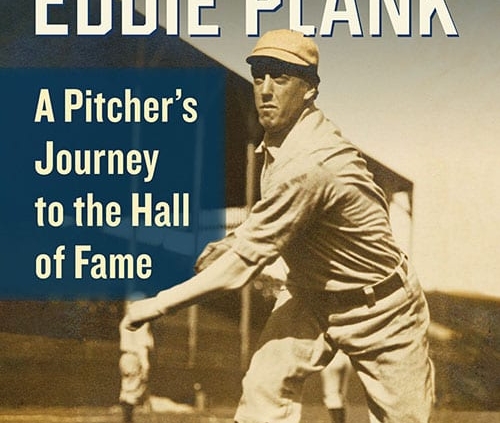 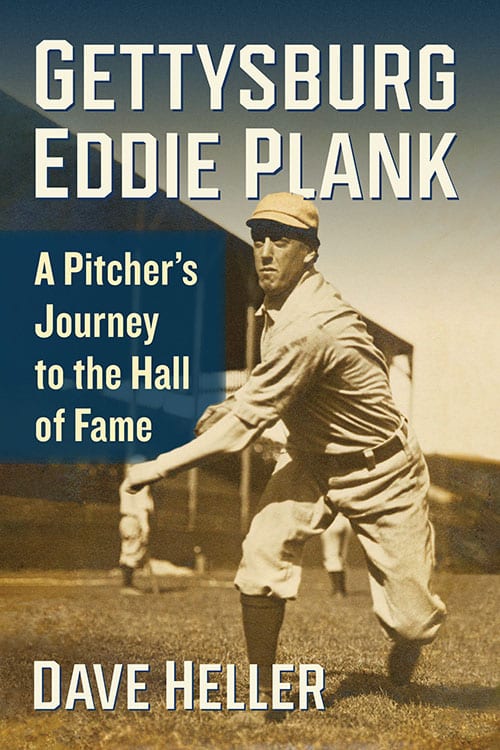 Gettysburg Eddie Plank: A Pitcher’s Journey to the Hall of Fame, written by Dave Heller and published by McFarland & Co., an interesting and illuminating biography of the 326-win Hall of Fame pitcher whose legend has dimmed with time, is the winner of the 2022 Larry Ritter Book Award.

Heller’s curiosity was sparked when he viewed Plank’s name on a list of 300-game winners and realized that he wanted to know more about the man who helped lead Connie Mack’s Philadelphia Athletics to six American League pennants and three World Series championships. Heller began a passionate quest to answer questions about Plank and his distinguished career. He produced a biography that illuminates the career of one of the Deadball Era’s greatest pitchers.

“I looked at all of the 300-game winners in history and I was going down the list realizing that most of these guys, I knew about,” Heller said. “Maybe not the 19th century guys, but the 20th century guys, they were either modern and we’ve seen them on TV or highlights or watched them ourselves, or it was guys like Christy Mathewson or Walter Johnson or Cy Young or Lefty Grove, the kind of names who you know. There’s a movie about Grover Alexander, and all these guys are big names.”

“Eddie Plank was the one guy among the entire group who I knew who he was, but I didn’t really know much about him, anything beyond the basics. And the more I looked into him, the more there were questions about him and things I didn’t understand. ‘How do I find out more about this guy?’”

Gettysburg Eddie Plank is Heller’s fourth book on baseball. He is the digital content manager for Bally Sports Wisconsin and Bally Sports North and worked previously at JSOnline.com, Cincinnati.com and CBSSports.com. He and has written for several newspapers including the Washington Post, Milwaukee Journal Sentinel, Detroit Free Press, Philadelphia Daily News and Cincinnati Enquirer. A longtime SABR member, he lives in Whitefish Bay, Wisconsin.

The other four finalists for the 2022 Larry Ritter Award were:

Conferred annually since 2002, the award is usually presented at the DEC meeting at SABR’s annual convention each summer. This year’s presentation will be virtual.