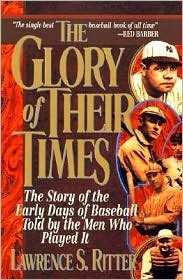 The award is named in honor of late SABR member Lawrence S. Ritter, author of The Glory of Their Times, the work that revived interest in the Deadball Era and often cited as the greatest baseball book ever written.

To learn more about the origins and history of the Larry Ritter Award, click here.

The task of reviewing this year’s nominees is assigned to an awards committee chaired by Doug Skipper, with John McMurray, Mark Dugo, David Fleitz, Craig Lammers, Mark Pattison, and Ben Klein as the other judges. The nominees’ list will be pared down to four finalists in early March, with the Larry Ritter Award to be publicly announced the following month.

Submit nominations for the 2022 Larry Ritter Book Award, honoring books published in the 2021 calendar year, to Doug Skipper at theskippers1@hotmail.com by December 31, 2021.