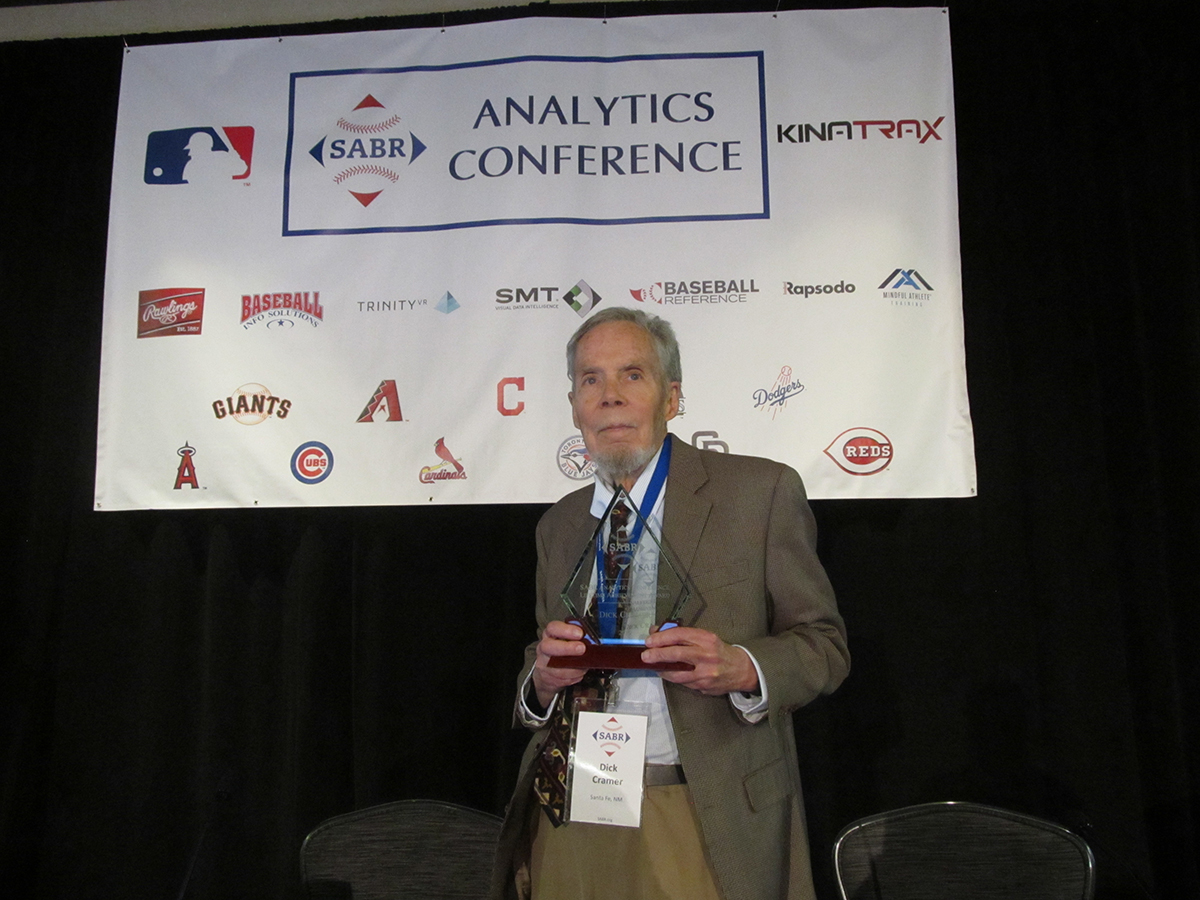 “It’s certainly a wonderful occasion to be here; I very much appreciate this award and all of you for being here,” Cramer said. “For a long time, the sabermetric field was just me and Pete Palmer writing letters back and forth. It’s nice to see how much things have changed.”

Cramer has been a driving force in the statistical community for just about as long as anyone alive. He started analyzing baseball statistics in the mid-1960s, not long after graduating from Harvard, and by 1969 he had discovered (or re-invented) a worthy metric now known as OPS. 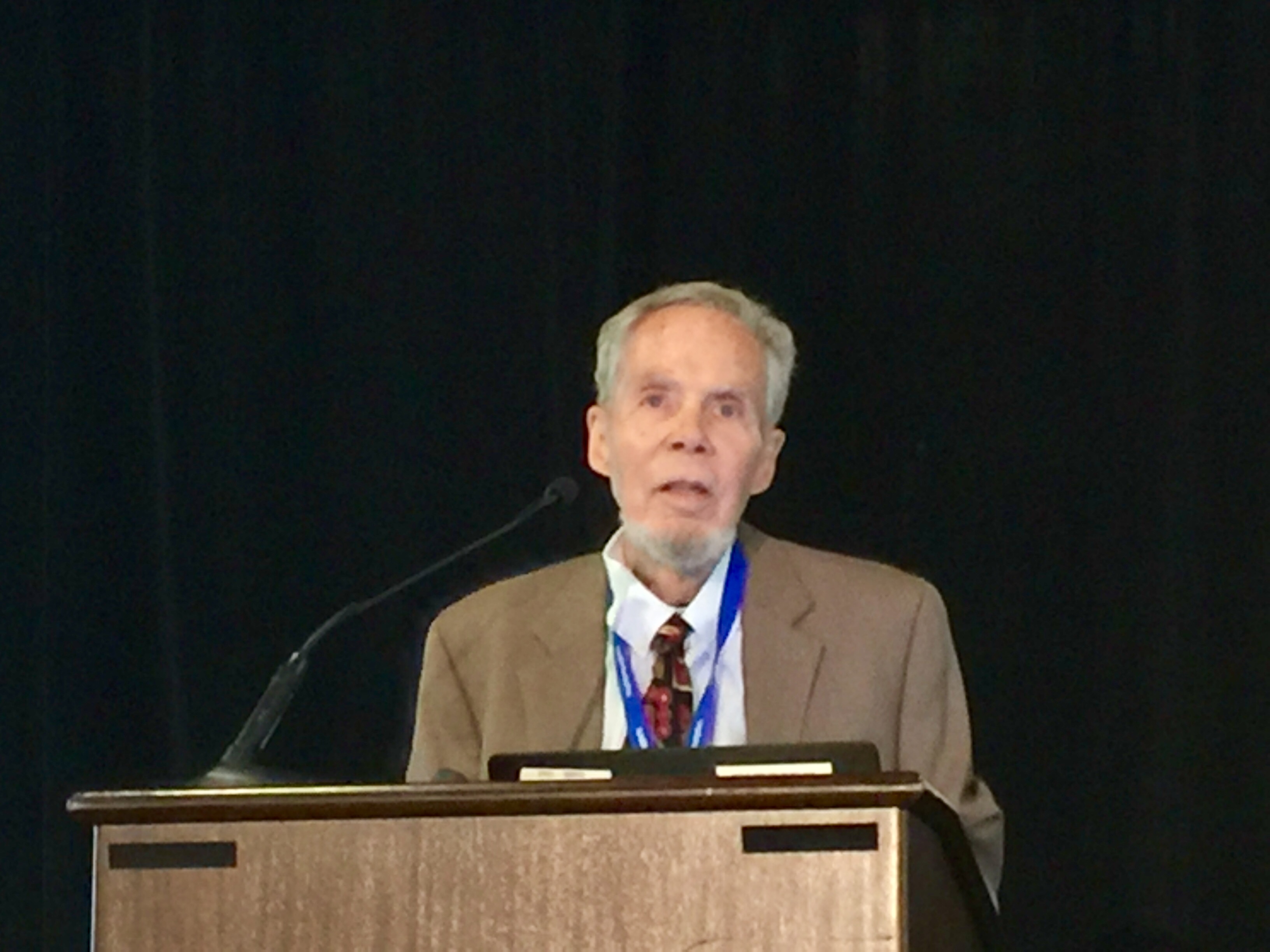 In the 1970s, Cramer — along with Bill James and Pete Palmer, the first two recipients of this award — co-founded SABR’s Statistical Analysis Committee and published a great deal of research, including work on clutch hitting that remains a touchstone more than four decades later. Cramer also co-founded STATS Inc. and in the past two decades has made many valuable contributions to Retrosheet. Cramer, a past recipient of SABR’s Henry Chadwick Award, is the author of the upcoming book, When Big Data Was Small: My Life in Baseball Analytics and Drug Design, to be published by University of Nebraska Press in the spring of 2019.