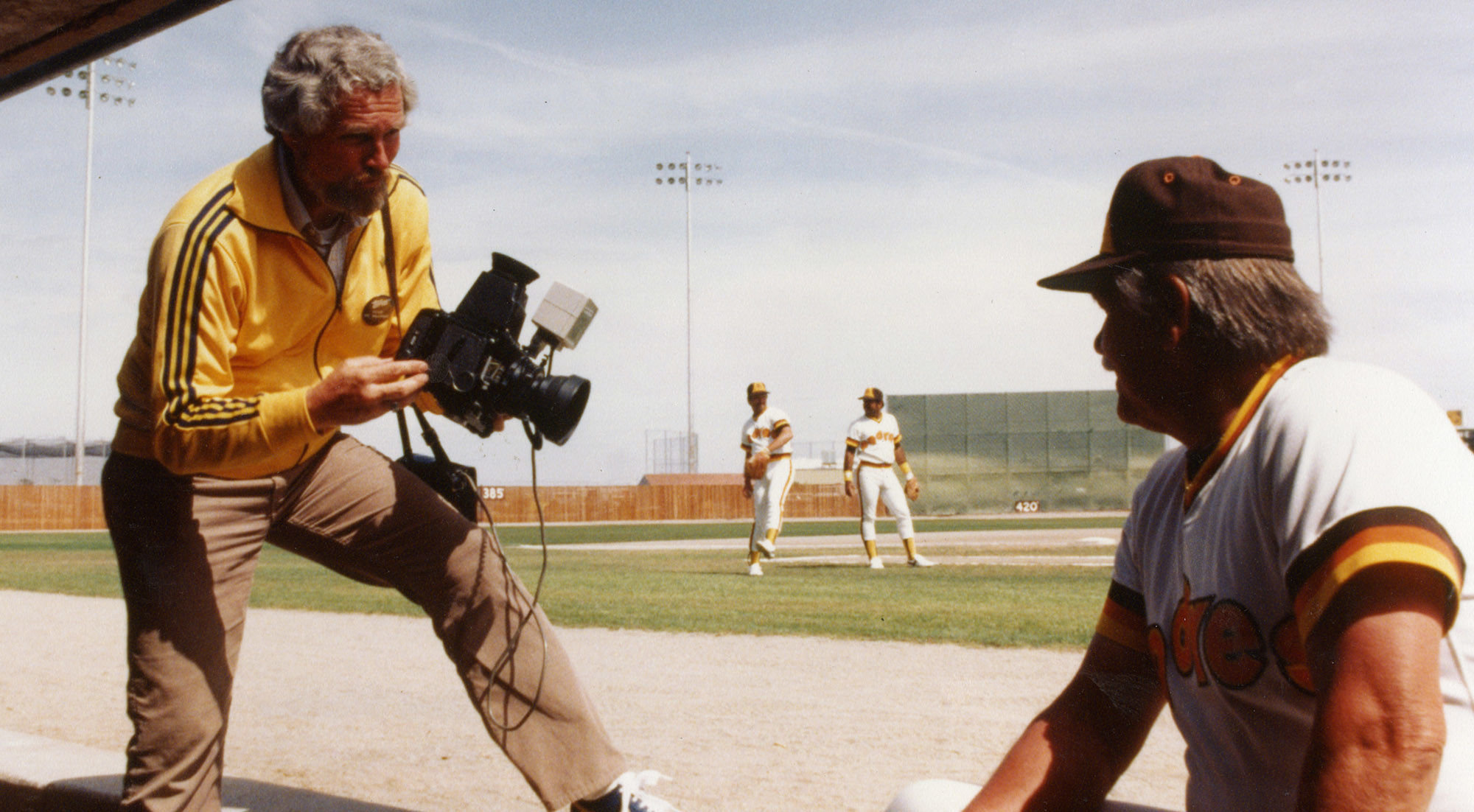 Baseball card photographer Doug McWilliams was selected as the winner of the 2021 Jefferson Burdick Award, which honors individuals who have made significant contributions to the baseball card hobby, by SABR’s Baseball Cards Research Committee.

McWilliams was a photographer for The Topps Company from 1971 to 1994, and his images graced thousands of baseball cards throughout an era of monumental changes in the hobby. His association with Topps began after he produced color postcards for Oakland A’s pitcher Vida Blue and then was hired by the card company to take photographs at spring training in Arizona. A native of Berkeley, California, McWilliams was based on the West Coast, photographing players at their Cactus League training camps and during the season in Oakland and San Francisco. In 2010, McWilliams donated a collection of 10,000 color negatives to the Baseball Hall of Fame in Cooperstown.

“Doug’s willingness to pull back the curtain and show us the process of how photographs end up on cards provide a treasure trove of information about what kinds of photos Topps wanted and the technical requirements they had,” said SABR Baseball Cards Committee co-chair Nick Vossbrink. “Cards are essentially cheap, mass-produced photos, which makes them a visual record of photographic technology. Being able to read about what kind of film, cameras, and lenses he used is invaluable in grounding our understanding of cards as part of that visual record.”

“If you’ve ever held a baseball card from the 1970s in your hand, you’ve likely admired the impeccable artistry of Doug McWilliams’ work,” said Tom Shieber, Senior Curator at the National Baseball Hall of Fame and Museum. “His brilliant use of color, unsurpassed mastery of light, and natural rapport with his subjects made for thousands of unforgettable and classic cards, each miniature masterpieces of the genre.”

Click here to read more about McWilliams’s career and legacy at the SABR Baseball Cards Blog.