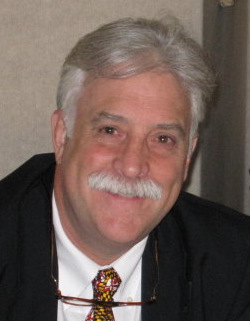 F.X. Flinn, former SABR Treasurer and the longest-tenured member on SABR’s Board of Directors, was announced as the winner of the Bob Davids Award during the SABR 50 Awards Luncheon on Thursday, August 18, 2022, in Baltimore, Maryland.

Flinn served on SABR’s Board of Directors from 2001 to 2021, working with four Executive Directors and 27 other Board members over the past two decades.

He has served on the SABR Defensive Index Committee, which plays a role in the selection of the Rawlings Gold Glove Awards, since 2013. He also led the development and digitization of the Sporting News Baseball Player Contract Cards Collection and the Sporting Life Collection, important primary sources for information about early professional baseball figures, working closely with the Baseball Hall of Fame and the LA84 Foundation to make those resources available online. He also served as the chair of SABR’s Internet Committee from 1999 to 2009, and a moderator for the SABR-L email listserv.