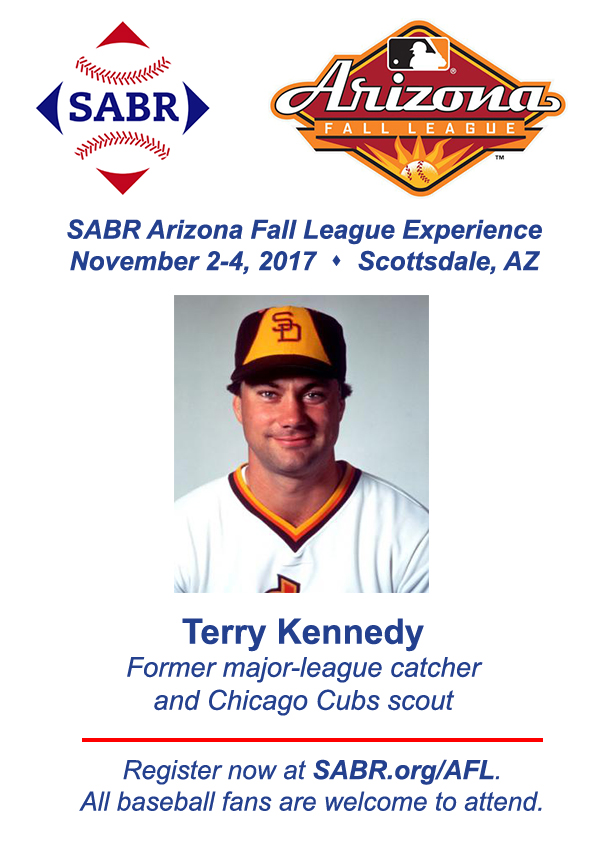 We’re excited to announce that former major-league catcher and Chicago Cubs scout Terry Kennedy will be a featured speaker at the ninth annual SABR Arizona Fall League Experience, which will be held Thursday, November 2 to Saturday, November 4, 2017.

Kennedy — who is scheduled to speak at the Hemond-Delhi Arizona Chapter meeting on Saturday, November 4 — played 14 seasons in the major leagues and was selected to four All-Star teams. He has been a scout in the Chicago Cubs organization since 2014.

The 2017 SABR Arizona Fall League Experience is open to all baseball fans. Don’t forget, early registration ends next week so sign up today to join us!