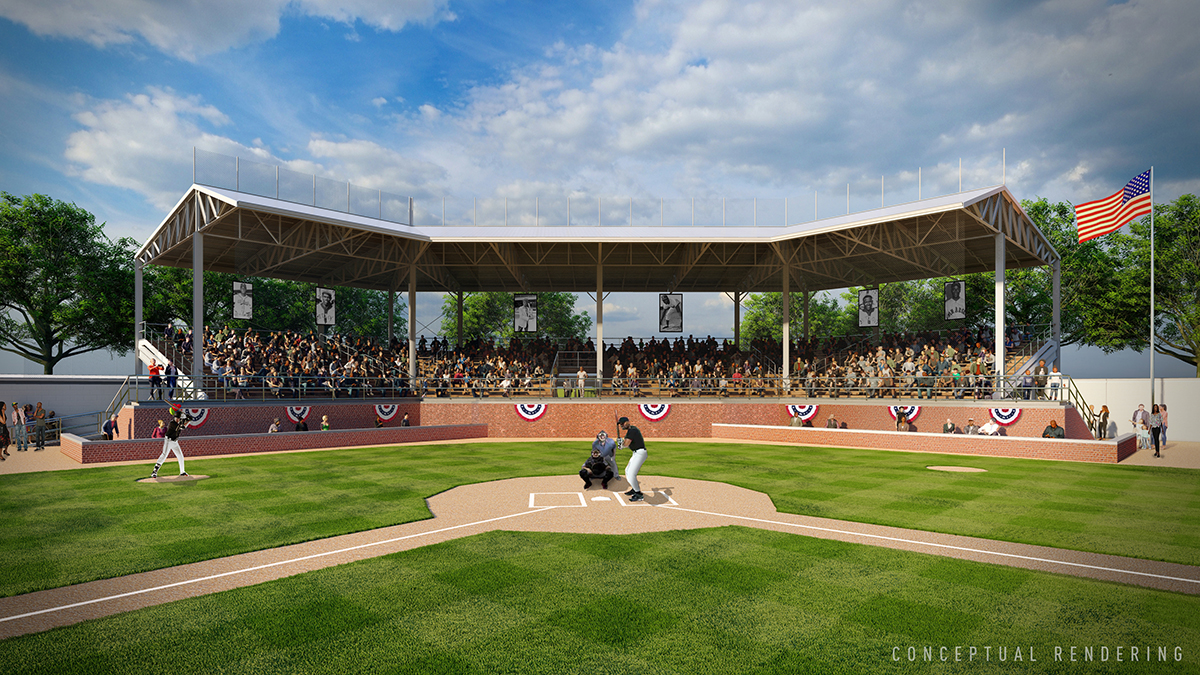 JULY 22, 2021 – The Wayne County (Michigan) Commission approved an $850,000 grant proposal from Executive Warren C. Evans to fund the renovation of Historic Hamtramck Stadium, once the home of the Negro National League’s Detroit Stars.

In addition to Wayne County’s grant, the $2.6 million restoration project is being funded by the Detroit Tigers Foundation (an affiliate of Ilitch Charities), Ralph C. Wilson, Jr. Foundation, Kresge Foundation, Friends of Historic Hamtramck Stadium, Michigan Municipal League Foundation, the Hamtramck Parks Conservancy and through an African American Civil Rights grant as administered by the National Park Service, Department of Interior. Work is expected to begin later this summer with an anticipated completion by the end of 2021 and is led by Detroit-based contractor DMC Consultants.

The renovation will include installing a new roof above the grandstand, restoring the seating and the brick exterior, and installing accessible seating.

Hamtramck Stadium opened in 1930 and was home to several Negro League, semi-pro, high school and Little League teams throughout its history. In their first season playing at Hamtramck Stadium in 1930, the Detroit Stars won the second-half Negro National League title before losing the Championship Series to St. Louis in seven games.

At least 17 members of the National Baseball Hall of Fame played at Hamtramck Stadium, including Satchel Paige, Josh Gibson, and Turkey Stearnes. The stadium has been largely unused since the 1990s. It was added to the National Register of Historic Places in 2012.

In 2020, as part of ongoing efforts to better recognize the contributions of Black players and teams, and in celebration of the 100th anniversary of the founding of the Negro Leagues, Major League Baseball officially recognized seven Negro Leagues organizations operating from 1920-1948 as Major Leagues. The revitalized Hamtramck Stadium will further celebrate the legacy of these underappreciated legends and allow future generations to play baseball at the historic site.