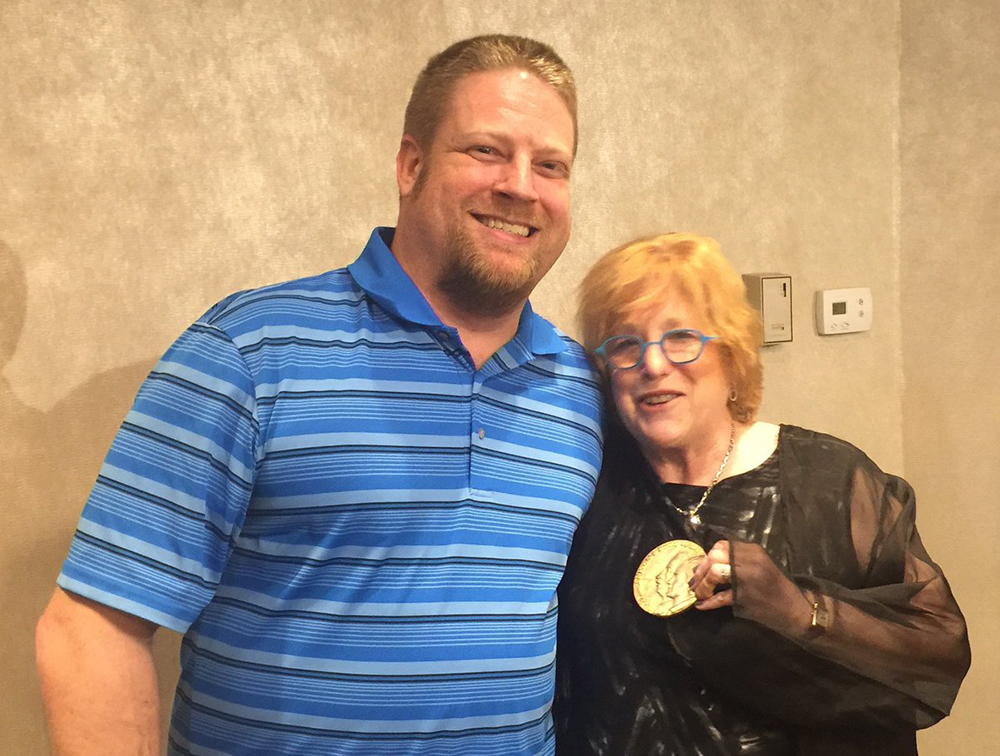 2019 Seymour Medal winner Jane Leavy, author of The Big Fella: Babe Ruth and the World He Created, accepted her award at the banquet of the 26th annual NINE Spring Training Conference on Saturday, March 9 in Tempe, Arizona.

The Seymour Medal honors the best book of baseball history or biography published during the preceding calendar year. Leavy’s book was published by HarperCollins. The Seymour Medal, named in honor of Dr. Harold Seymour and Mrs. Dorothy (Seymour) Mills, was first awarded by SABR in 1996. Leavy was presented with her medal at Saturday evening’s banquet by SABR’s Jacob Pomrenke.

“It was not hard to embrace this boy, little George, who grew up to become the ‘Big Fella’,” Leavy said. “He was left alone by himself … banished by his family at age 7, never visited by his father, not an orphan, not incorrigible, just a kid who was thoroughly unwanted by his family … he was left alone to create a life and, as imperfect as it was, he did it. … Boy, am I glad to know him and, boy, am I glad to receive this honor.”

Hosted by NINE: A Journal of Baseball History & Culture, the NINE Spring Training Conference promotes the study of all historical aspects of baseball and centers on the cultural implications of the game wherever in the world baseball is played. The NINE Conference banquet included a keynote speech from SABR member Curt Smith, the author of many baseball books, including most recently The Presidents and the Pastime: The History of Baseball and the White House, and a former speechwriter for President George H.W. Bush.

Other highlights of the conference included an evening with Nancy Faust, the beloved organist at Chicago’s Comiskey Park, and a panel discussion on Hall of Fame voting with sports writers Barry Bloom, Tony DeMarco, and Steve Gietschier. Research presentations at the NINE Conference were delivered by, among others, Jim Gates (“Cardboard Culture: On the Origins of the Great American Baseball Card”), David Block (“Jane Austen’s Baseball Dynasty”), Lindsay Bell (“Baffling Ballots: The Perplexing First Ten Yeats of Hall of Fame Voting”), and Lee C. Kluck (“‘What About Harry Dalton?: The Role of Harry Dalton in the Success of the Baltimore Orioles 1960-1971”).

View a photo gallery from the Seymour Medal Banquet below (or click here to view on Flickr.com or mobile devices): 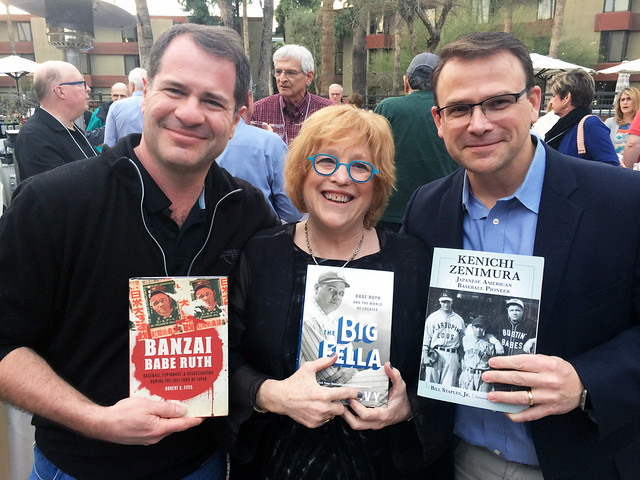