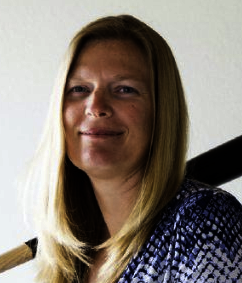 Justine Siegal, the founder of Baseball for All, was honored on Saturday, September 17, 2022, with the Dorothy Seymour Mills Lifetime Achievement Award during the SABR/IWBC Women in Baseball Conference.

Siegal continues to promote and advocate for women’s participation in baseball every day. Her nonprofit organization, Baseball for All, has made it possible for thousands of girls from all over the world to play baseball with and against each other. She earned her Ph.D. in Sport and Exercise Psychology, giving her another tool to use in working with all players. She has coached at the collegiate level, pitched batting practice for several Major League Baseball teams, served as a coach for the Brockton Rox, and as an instructional coach for the Oakland A’s. (She donated her jersey to the National Baseball Hall of Fame.) She also worked with Team Israel during the 2017 World Baseball Classic and served as a coach in Japan and Mexico in 2019.

She is currently the Baseball Coordinator for the Amazon Prime show A League of Their Own. She has played a major role in helping with MLB’s Trailblazer Series and Breakthrough Series, giving additional opportunities for young women to learn and play together. In 2021 she joined the efforts to promote college baseball opportunities for women, leading to the first ever college women’s baseball tournament in 2022.

In addition to Siegal, the other finalists for the 2022 award were Penny Marshall, director of the 1992 film A League of Their Own; Janet Marie Smith, Los Angeles Dodgers’ Executive Vice President of Planning and Development and acclaimed ballpark design director; Toni Stone, one of only three women to play in the Negro Leagues; and Suzyn Waldman, New York Yankees broadcaster for the past 35 years and the first woman to serve as a full-time MLB announcer.