A look back at SABR 18 in Minneapolis

As we get set for SABR 42 in Minneapolis, we enjoyed reminiscing today with folks who attended the last SABR convention held in the Twin Cities. 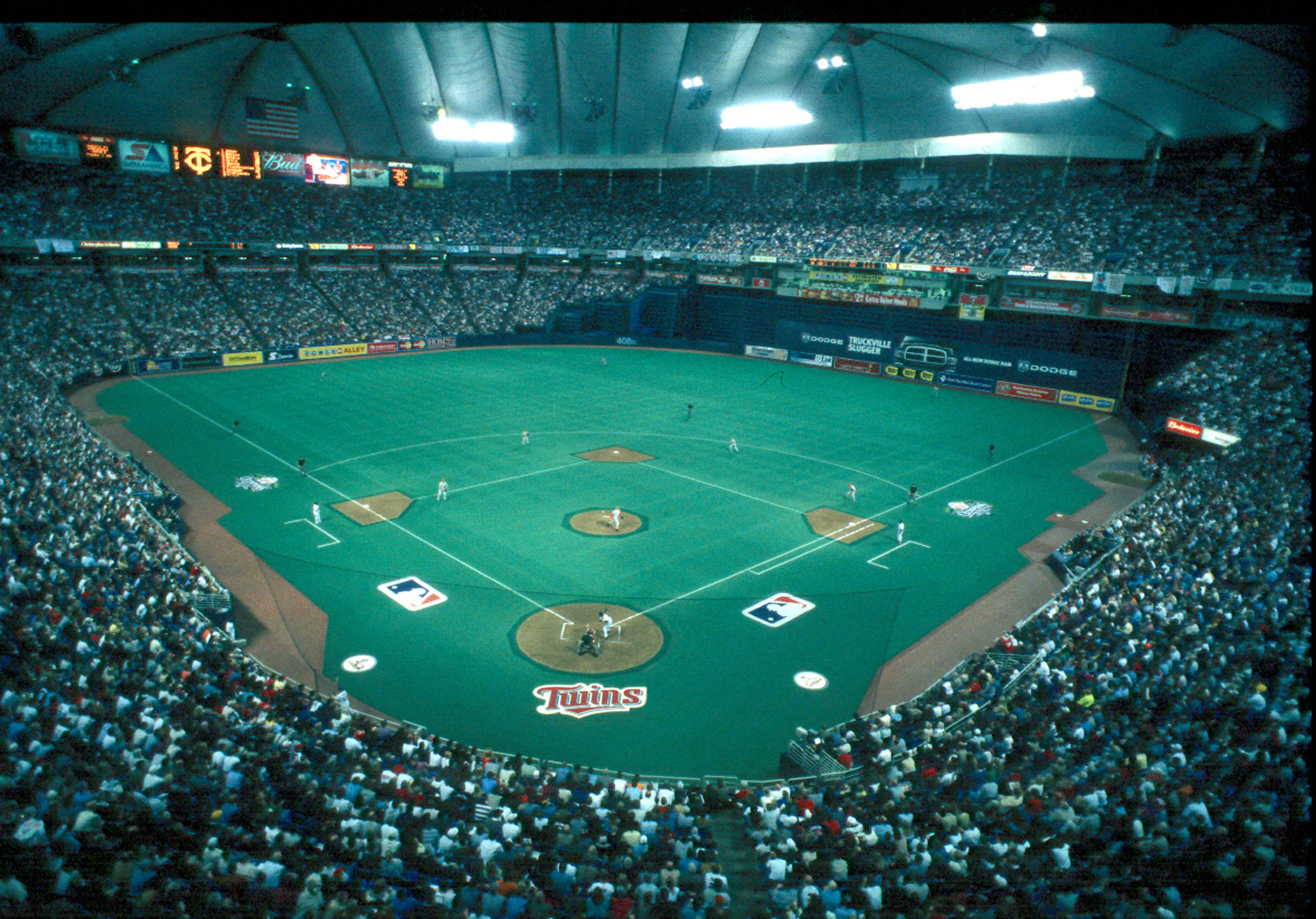 A total of 340 members and guests attended our 18th annual convention, July 7-10, 1988, at the Holiday Inn Metrodome — and while the ballpark, city and convention agenda have changed in many ways over the years, some elements will be familiar to longtime SABR members.

Andy MacPhail, the then-33-year-old Executive Vice President, General Manager of the Minnesota Twins, delivered the keynote address. The third generation in a Hall of Fame baseball family, MacPhail hired Tom Kelly as manager in his first act as GM and transformed the Twins into a World Series champion in 1987 and again in 1991. He left the Twins in 1994 and has worked in the Chicago Cubs and Baltimore Orioles front offices.

Another featured speaker at SABR 18 was minor league legend Joe Hauser, who hit a single-season professional record 69 home runs with the Minneapolis Millers in 1933 that stood for 65 years.

More than 30 research presentations were given, including "The Ebbets Field Diamond Jubilee" by Ron Gabriel, "The 30-30 Club" by Cappy Gagnon and "The Great Minneapolis-St. Paul Baseball Rivalry" by Stew Thornley — who now serves as an official scorer for the Twins and the SABR 42 convention committee chair. Other familiar faces were Herm Krabbenhoft ("Warren Spahn versus the Dodgers"), Mark Kanter ("The Sun Never Sets on Baseball") and Gary Gillette ("Update on Project Scoresheet", which you now know as the fabulous Retrosheet.org website), all of whom are scheduled to deliver research presentations in Minneapolis this week.

At the Metrodome, SABR members saw three Hall of Famers (Paul Molitor, Robin Yount and Kirby Puckett) in the convention ballgame on July 9, with Molitor delivering a key two-out double as the Milwaukee Brewers — still a decade away from moving to the NL — scored three runs in the ninth inning to beat the Twins, 5-4.

This year, we're expecting more than 500 attendees for SABR 42 and the beautiful downtown ballpark Target Field is our destination on Friday night. But it should be just as memorable a convention. We hope you'll follow along all week at SABR.org/convention/2012 or by using the hashtag #SABR42 on Twitter.

For more on the history of the SABR convention, click here.

For a complete schedule and details on SABR 42, visit SABR.org/convention.