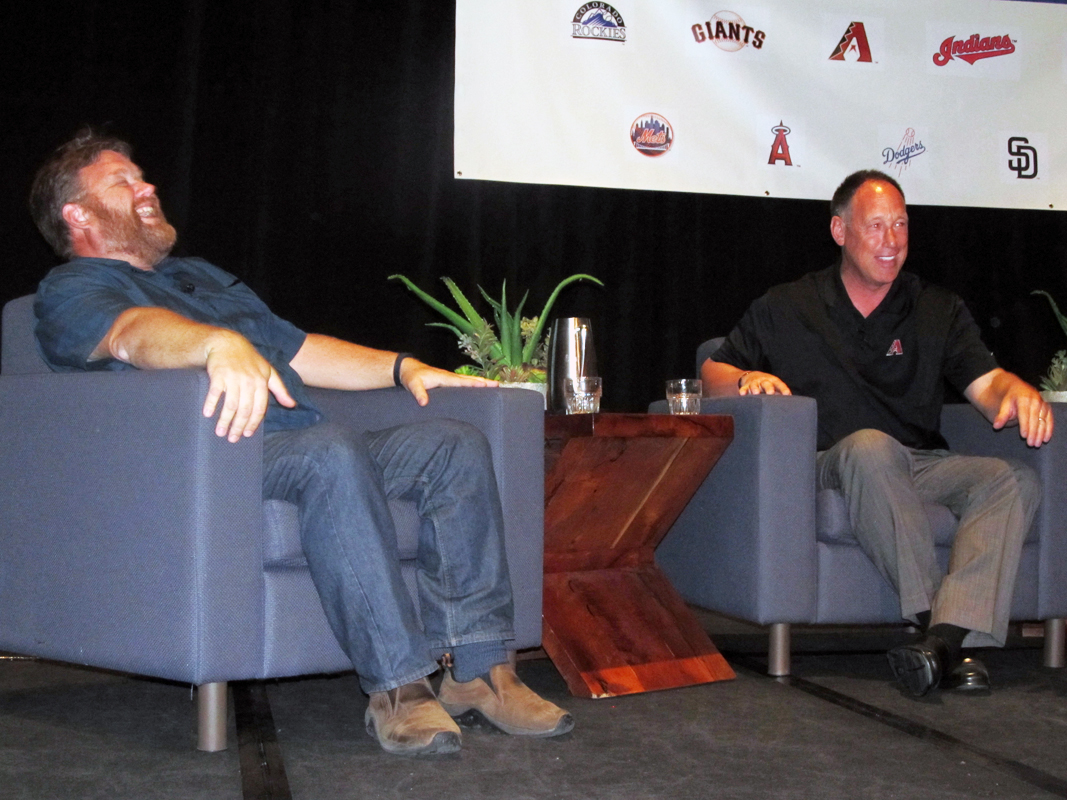 Johnson started the panel by referencing how one key aspect of what made their World Series-winning team so special was the camaraderie felt by many of the players on the team. Gonzalez agreed, saying he feels that having one another to lean on was very helpful throughout the course of the season. He also explained how the team introduced him to new ways of looking at the game. Gonzalez said he watched Curt Schilling crunching data in the locker room and it was “probably the first time we ever saw a guy show up with a computer in the locker room. …. We were like, ‘This guy’s nuts!’ ” 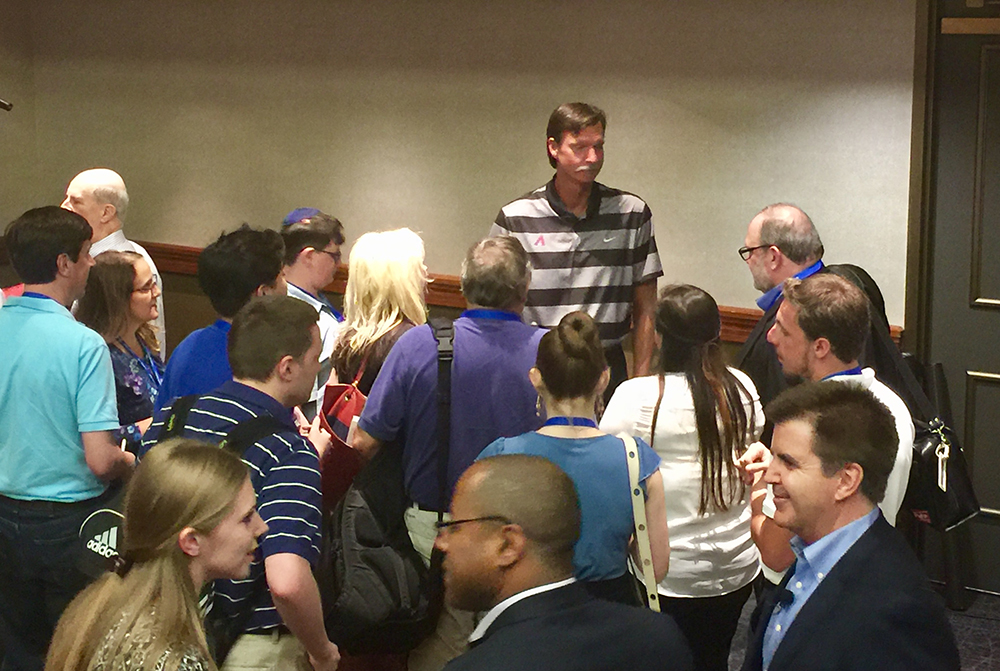 Johnson explained how different ballparks affected his performance. The Hall of Famer said he had trouble pitching in Tropicana Field, the home park of the Tampa Bay Rays. ”It felt like I was in a fishbowl,” he said. “I thought my arm was going to hit the catwalk.” He said he never had problems pitching in other domed stadiums like Houston’s Minute Maid Park or Seattle’s Kingdome, but not so for the Trop.

Gonzalez spoke about how a change of scenery helped him expand his game. When he was traded to the Detroit Tigers in 1998, he had to learn how to pull the ball in order to take advantage of Tiger Stadium’s generous dimensions for left-handed hitters. This helped him later in his career when he moved to Arizona and was able to employ a similar strategy hitting at Chase Field.