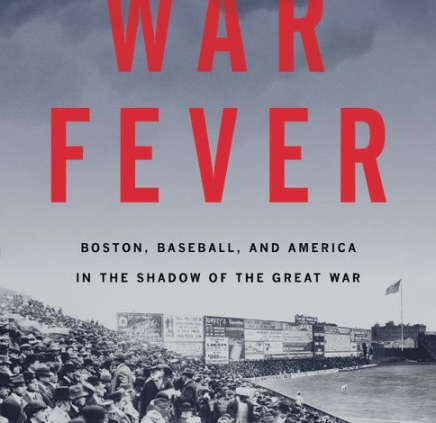 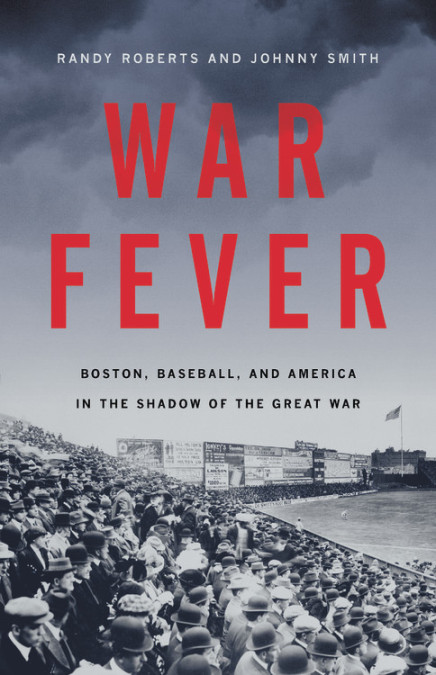 War Fever: Boston, Baseball, and America in the Shadow of the Great War, written by Randy Roberts and Johnny Smith and published by Basic Books, a timely and provocative study of the transformative impact of World War I on American culture, set against a backdrop of history’s most lethal pandemic, is the winner of the 2021 Larry Ritter Book Award.

Meticulously researched and riveting, War Fever tells the tale of three men from the Boston area whose lives are changed forever by the events of 1918; events that reshaped American culture: Babe Ruth, baseball’s best left-handed pitcher who that summer emerged as baseball’s greatest slugger; Karl Muck, the German-born conductor of the Boston Symphony Orchestra; and Charles Whittlesey, a Harvard law school graduate who leads the US Army’s “Lost Battalion” in the Argonne Forest and earns the Medal of Honor for his leadership and bravery. The three stories come together to portray an America embroiled in change.

“In the human dimension, if you look at celebrities, we have a celebrity whose life was destroyed by the war (Muck), a celebrity who is put into stratospheric celebrity category (Ruth), and another figure who is made a celebrity during the war, and it destroys him (Whittlesey),” Roberts said in a joint interview with Smith after they were notified that they had won the Ritter Award.

“I think what we were trying to do is look at the war, and so we wanted a character who fought in the war. We were really interested in popular culture; I would say Babe Ruth was the one character we were going to have in it. Then we wanted to show the repressive nature of the war and the Muck story turned out to be a great way of showing that.”

War Fever is Roberts and Smith’s third collaboration. They teamed up previously on A Season in the Sun: The Rise of Mickey Mantle and Blood Brothers: The Fatal Friendship Between Muhammad Ali and Malcom X.

Joe Niese’s Zack Wheat; The Life of the Brooklyn Dodgers Hall of Famer (McFarland & Co.) and Mark Peavy’s A History of Baseball in the Deadball Era: Volume One 1901 to 1905 (independently published) also earned consideration as a finalists. A total of 16 books were nominated for consideration.

Conferred annually since 2002, the award is usually presented at the DEC meeting at SABR’s annual convention each summer. This year’s presentation will be virtual.