Richard E. “Dick” Beverage, who served as President of SABR’s Board of Directors from 2003 to 2009 and presided over a period of tremendous growth in the organization, was announced as the winner of the Bob Davids Award during the SABR 43 Awards Luncheon on Friday, August 2 in Philadelphia, Pennsylvania. 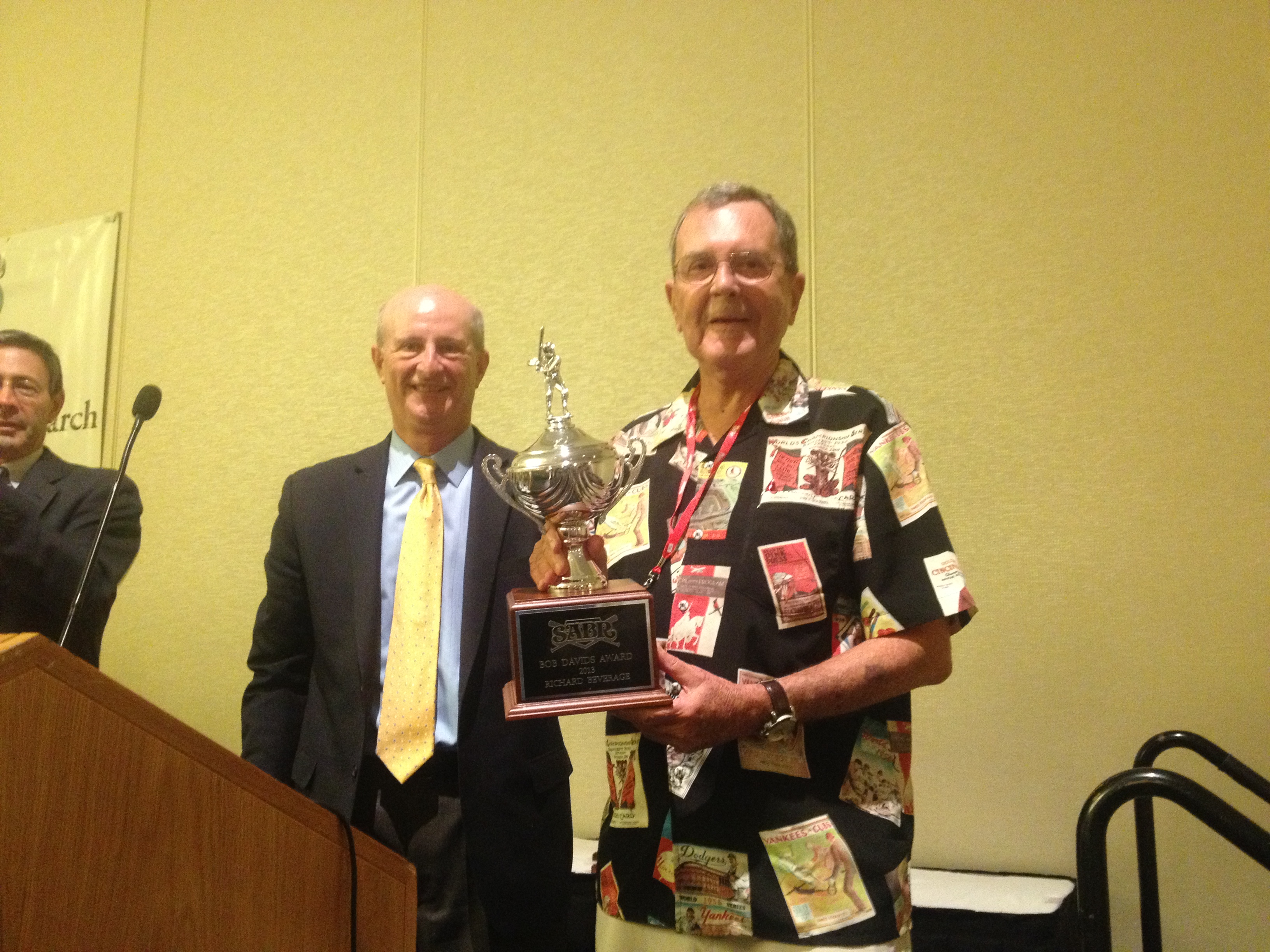 “I am bewitched, bothered and bewildered,” an emotional Beverage told the banquet crowd. “What a pleasure it is to be here. Some of the best people I’ve ever met in my life are in this room. … Thank you mightily. I am deeply honored. I can’t believe it.”

Under Beverage’s leadership, SABR set a record with 7,185 members in 2006 and recorded an all-time high 726 attendees at SABR 37 in St. Louis the following year. In addition to his three terms as SABR’s President, Beverage also was elected to two terms as the Vice-President from 1995 to 1998 and also served as Secretary from 1998 to 2002. Dick has been an active member of SABR’s Minor League Committee since he joined the Society in 1980, as well as being a member of at least 10 other committees.

“His record of 13 years on the board is one of the longest tenures in the organization’s history and SABR grew substantially in organizational competence during his time, a tribute to Dick’s private sector skills as an accountant and business executive,” said Andy McCue, Beverage’s longtime friend and also a former SABR president.

Beverage is Founder and President of the Pacific Coast League Historical Society and has served for many years as the Secretary-Treasurer of the Association of Professional Baseball Players of America, helping former ballplayers in need. He is a familiar face at spring training games around the major leagues.

He is also chair of the Seymour Medal Selection Committee, and he has been a part of two SABR Trivia Contest-winning teams at the annual convention, in 1991 and 1993.

“His circle of friends within SABR is extremely wide,” McCue said in his introduction. “He is the first to greet new members at chapter events as well as the convention, making them feel at home and connecting them with others with similar interests. 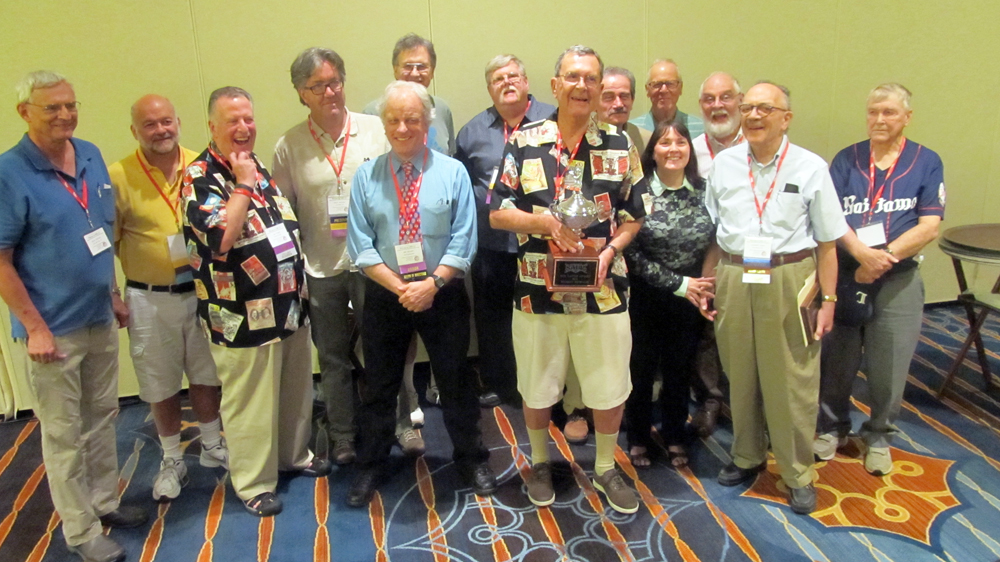 “He is curious about others’ research and always willing to share his own. He is, and remains, a gentleman and a true exemplar of what SABR strives to be.”

SABR President Vince Gennaro also announced Friday that “all past, present and future winners” of the Bob Davids Award would receive lifetime SABR memberships in perpetuity, in appreciation of their service to the organization.