David Montgomery has been the Philadelphia Phillies' General Partner, President and CEO since 1997. He began his tenure with the organization in 1971, when he joined the sales office selling season and group tickets. He was a featured speaker at SABR 43 on Thursday, August 1, 2013, at the Philadelphia Marriott Downtown. 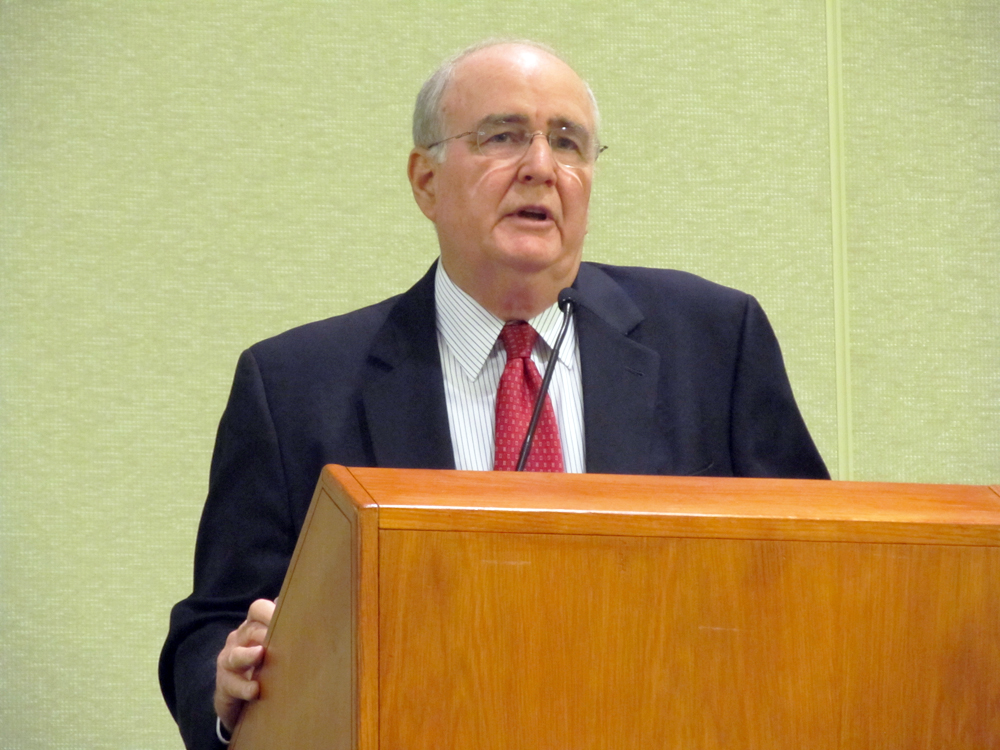 ON BEING A LIFELONG PHILLIES FAN

Some people called the 1950s the golden age of baseball. … I was lucky enough in those Connie Mack (Stadium) years to be a fan. I lived near Connie Mack in Rockford section of Philadelphia, a 20-minute ride to the ballpark. … So many of those details just stick in your memory bank.

ON THE SPORTS COMPLEX IN SOUTH PHILADELPHIA

We really decided around 1991 that we wanted to get more active in managing Veterans Stadium. Then we happened to wander down to Baltimore and changed our minds. We saw Camden Yards being built and knew we were going to need a new stadium. … It turned out to be a long journey. When we asked our fans, they encouraged us to stay in the sports complex (in South Philly.)

I think it's one of the things that makes Philadelphia unique, that all four major sports are playing … in the city, so we're generating revenue and reaping the tax benefits of that. We're all in a three- or four-block area. And if one team is doing well, the fan comes in February to see a hockey game or a basketball game, and hopefully they'll come back and see us in the summer.

They talk about the golden age of baseball. But in 1969, the next to last year at Connie Mack (Stadium), we drew 519,000 fans. We're actually doing better than that right now at Lehigh Valley, in Triple-A. We only drew 3 million one year at Veterans Stadium, and that was the 1993 championship season.

In comparison to the golden age, the numbers are dramatically different today. This will probably be the seventh consecutive year we draw over 3 million fans at Citizens Bank Park. It's just tremendous.

One of the things that has happened … is if you make nice facilities, the players are more willing to come there and work out. The time players spend in the clubhouse has grown exponentially. We often see them for not one or two, but sometimes three meals a day. The whole idea of game preparation has changed. We're much more into nutrition. It's not the Philly cheesesteaks that we're offering to players night in and night out. That's just to visitors! … Scouting reports, batting cages, video … it's all so much more improved.

Watch or listen to David Montgomery's opening remarks at SABR 43 by clicking play below: