Leslie Heaphy, a SABR Director since 2010 and a recognized authority on the Negro Leagues and women in baseball, was announced as the winner of the Bob Davids Award during the SABR 44 Awards Luncheon on Friday, August 1, 2014, in Houston, Texas. 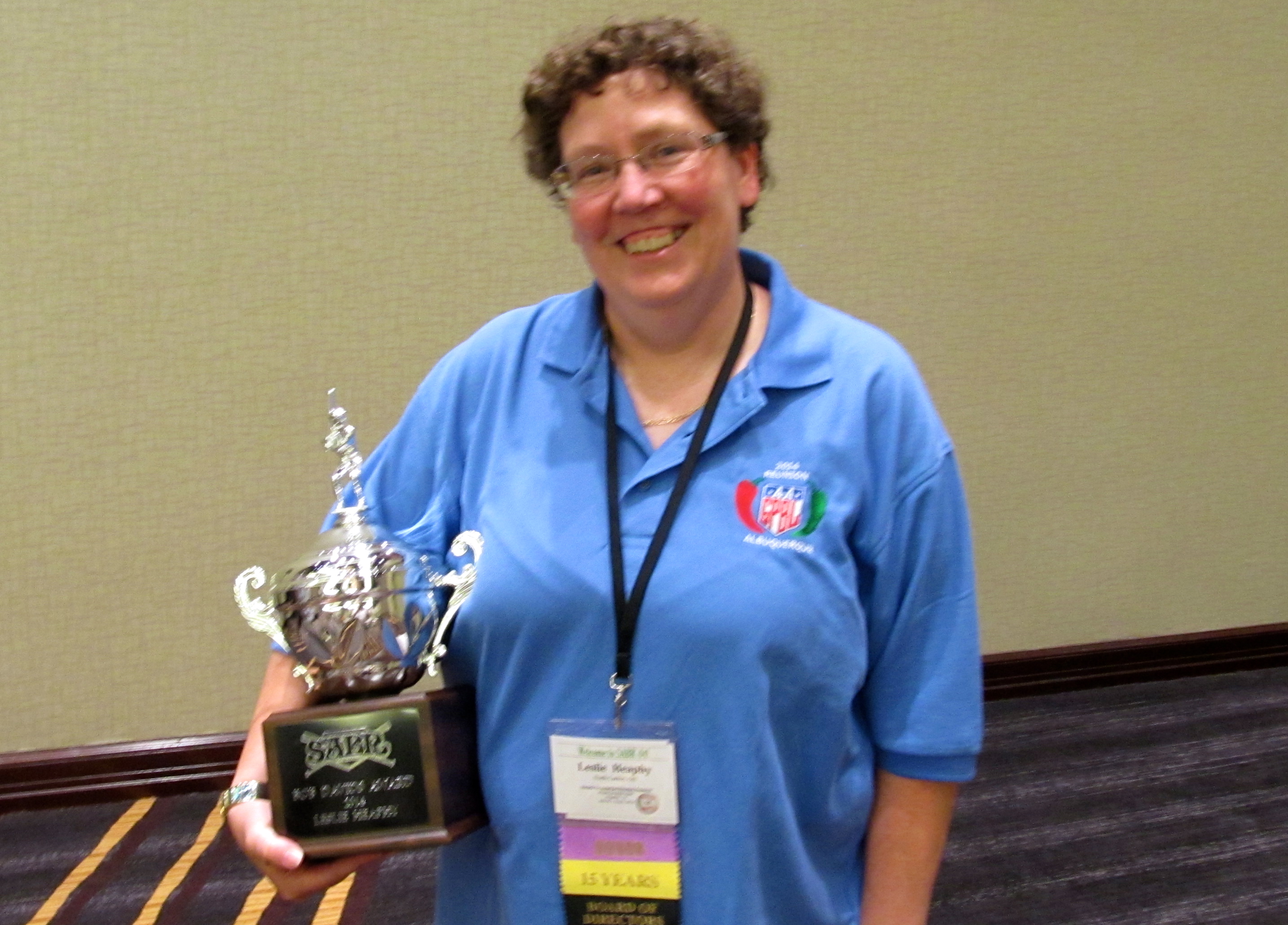 “I’m truly humbled by this honor,” Heaphy said. “I hope I’m worthy of being part of this wonderful group.”

Heaphy is Associate Professor of History at Kent State (Ohio) University at Stark, teaching survey classes along with courses in Asian, 20th-century American, and sports history.

She joined SABR in 1989 and has chaired the Women in Baseball Research Committee since 1995. Since 1998, she and Larry Lester have organized SABR’s Jerry Malloy Negro League Conference, the only symposium dedicated exclusively to the examination and promotion of black baseball history. Elected to SABR’s Board of Directors in 2010, she continues to serve with distinction.

“Leslie carries her achievements lightly. Everything she does, she does with good sense, good humor, and good will,” said Jan Finkel, a Bob Davids Award recipient in 2012 who served on the award selection committee. “Everyone in SABR knows Leslie for her genuine smile and welcoming hand. To know Leslie is to know why we’re in SABR: We get to meet people who share our varied interests in baseball and offer friendship and kindness.” 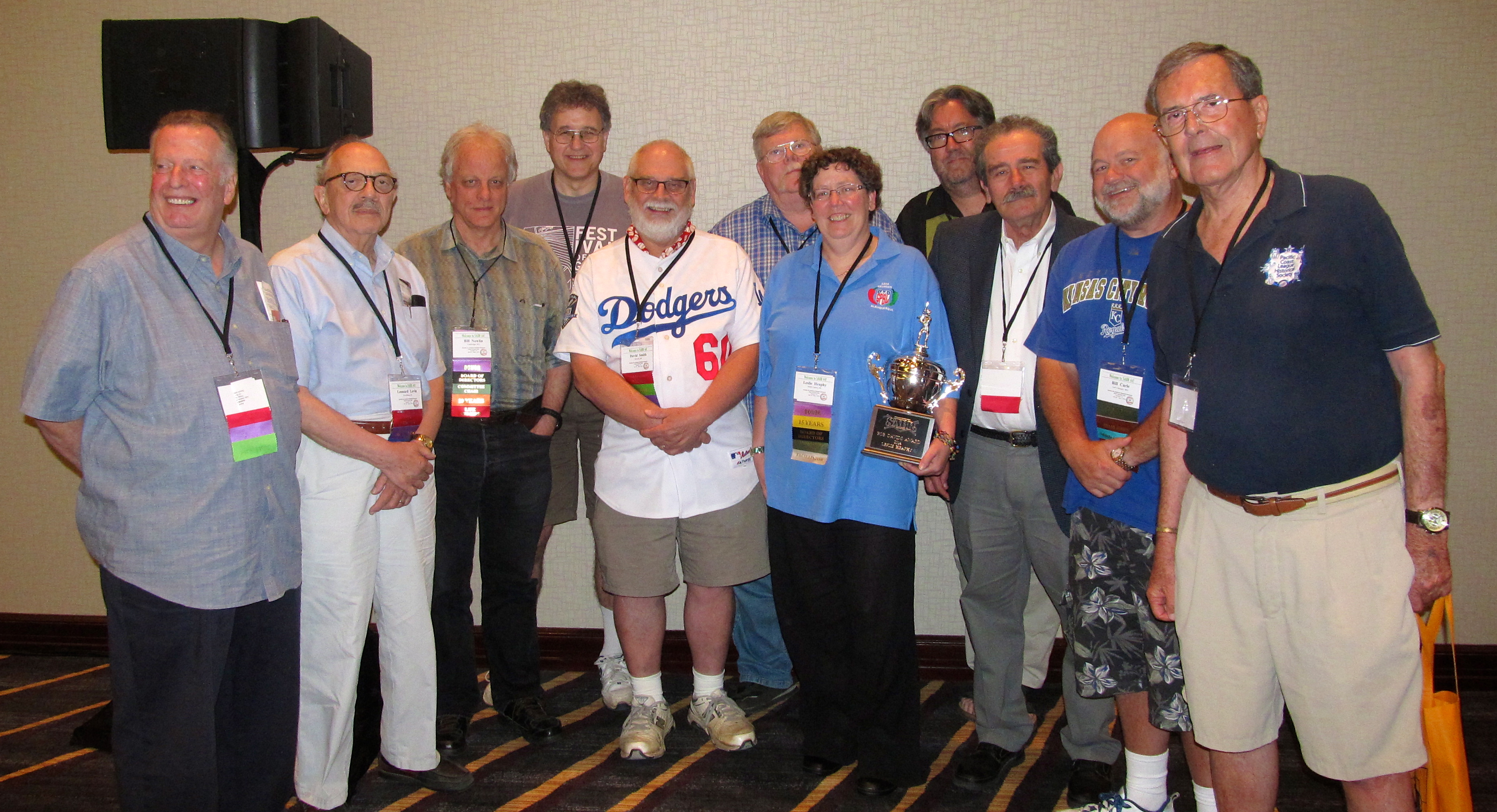 Heaphy is a first-rate scholar and researcher. Her work resulted in the 1950s team rosters in The Negro Leagues Book (1994). In 2003, McFarland published her magnum opus (so far), The Negro Leagues, 1869-1960. Since then, and with McFarland, she has edited or co-edited The Encyclopedia of Women and Baseball (2006) and two collections of essays on black baseball in Chicago and Kansas City. In 2008, she became the founding editor of the journal Black Ball, a position she holds to this day. She is currently at work editing a team book on the Colorado Silver Bullets.