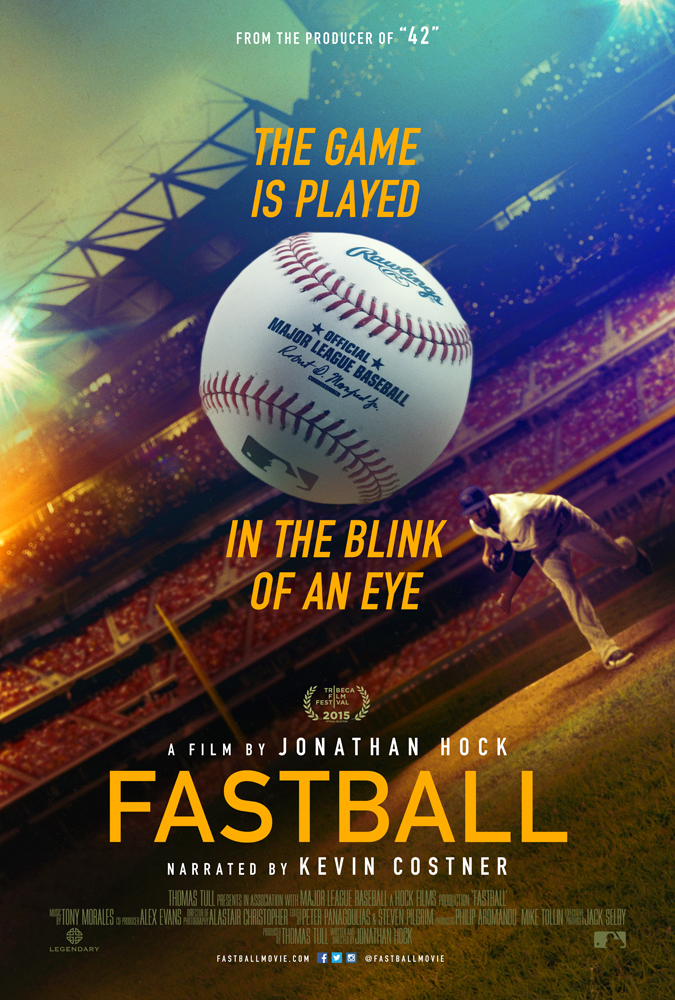 Attendees at SABR 46 this summer will have a chance to see a special screening of the new Fastball documentary film, directed by the Emmy Award-winning Jonathan Hock and narrated by Kevin Costner, on Thursday, July 28, 2016, at the Hyatt Regency Miami.

Discounted early registration rates are now available for SABR’s 46th national convention at SABR.org/convention. All baseball fans are welcome to attend. The convention will be held July 27-31, 2016, in Miami, Florida.

Filmed at baseball’s most hallowed grounds, from the Hall of Fame in Cooperstown to Yankee Stadium to the sandlot field in Weiser, Idaho, where Walter Johnson’s fastball changed the game over a hundred years ago, the film provides unparalleled insight into both the mechanics and the mythos of our National Pastime. The film features interviews with dozens of former players, from legendary Hall of Famers to up-and-coming All-Stars. Fastball documents the history of the “fastest” pitcher — from Walter Johnson’s famous speed of 122 feet per second, to Bob Feller’s post-war record of 98.6 mph, to Nolan Ryan’s “officially” clocked best of 100.9, to the current speed gun king Aroldis Chapman’s 105.1.

For more information on Fastball, or to view a trailer of the film, visit fastballmovie.com.