At SABR 46 on July 30, 2016, in Miami, our Latino Baseball Authors Panel discussed the Latino baseball experience, with an emphasis on baseball in Cuba and how current events are affecting the game abroad and in the U.S.

Panelists included César Brioso, a digital producer for USA Today and the author of Havana Hardball: Spring Training, Jackie Robinson, and the Cuban League; Peter C. Bjarkman, one of the foremost authorities on Cuban baseball history and the author of Cuba’s Baseball Defectors: The Inside Story; Adrian Burgos Jr., a professor of history at the University of Illinois and the author of Playing America’s Game: Baseball, Latinos, and the Color Line; and moderator Anthony Salazar, chairman of SABR’s Latino Baseball Research Committee and editor of its newsletter, La Prensa del Béisbol Latino. 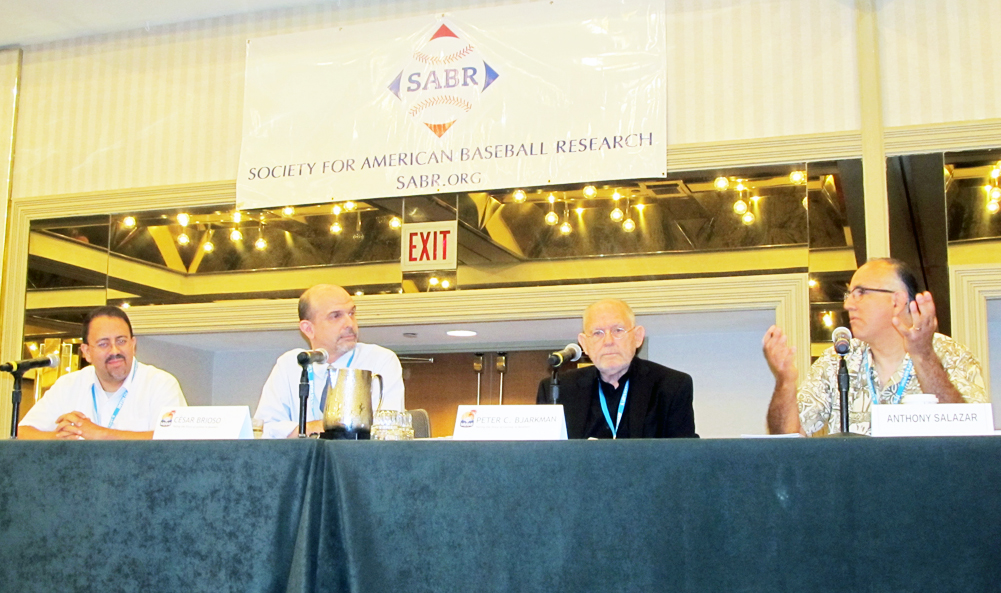 Here are some highlights from the Latino Baseball Authors Panel:

ON THE CURRENT STATE OF CUBAN BASEBALL

ON PLAYERS OF COLOR CHOOSING OTHER SPORTS OVER BASEBALL

ON THE GLOBALIZATION OF BASEBALL IN THE 21ST CENTURY

ON MEDIA COVERAGE OF LATINO PLAYERS