The panelists included Ozzie Guillen, the outspoken former major-league shortstop and manager who led the Chicago White Sox to the 2005 World Series championship; Ernesto Jerez, an Emmy Award-winning play-by-play announcer for ESPN Deportes’ “Sunday Night Baseball” since 1995; Enrique Rojas, an ESPN Deportes reporter who has covered MLB and the winter leagues for more than 20 years; and moderator Leonte Landino, the chairman of SABR’s Luis Castro/Latin America Chapter who produces all baseball properties on ESPN Deportes and writes for ESPNDeportes.com. 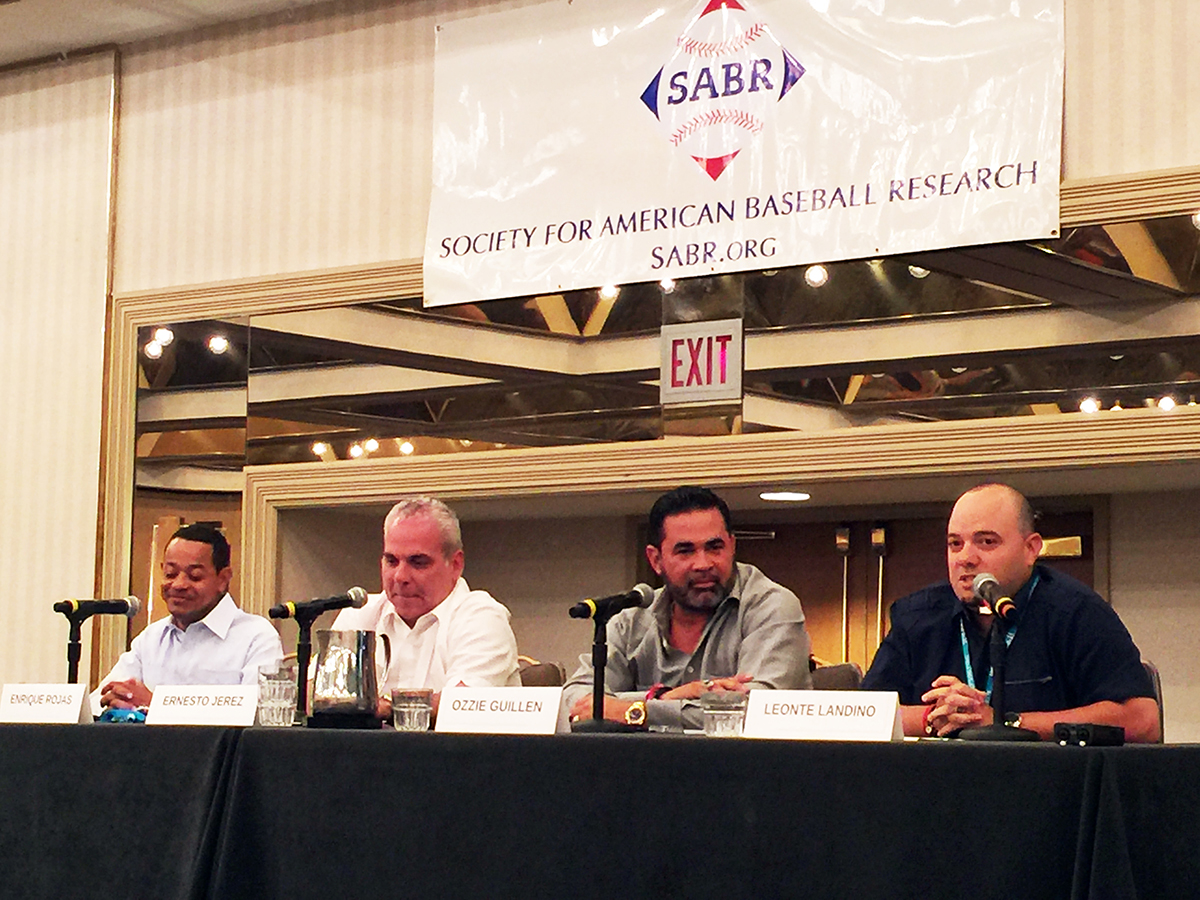