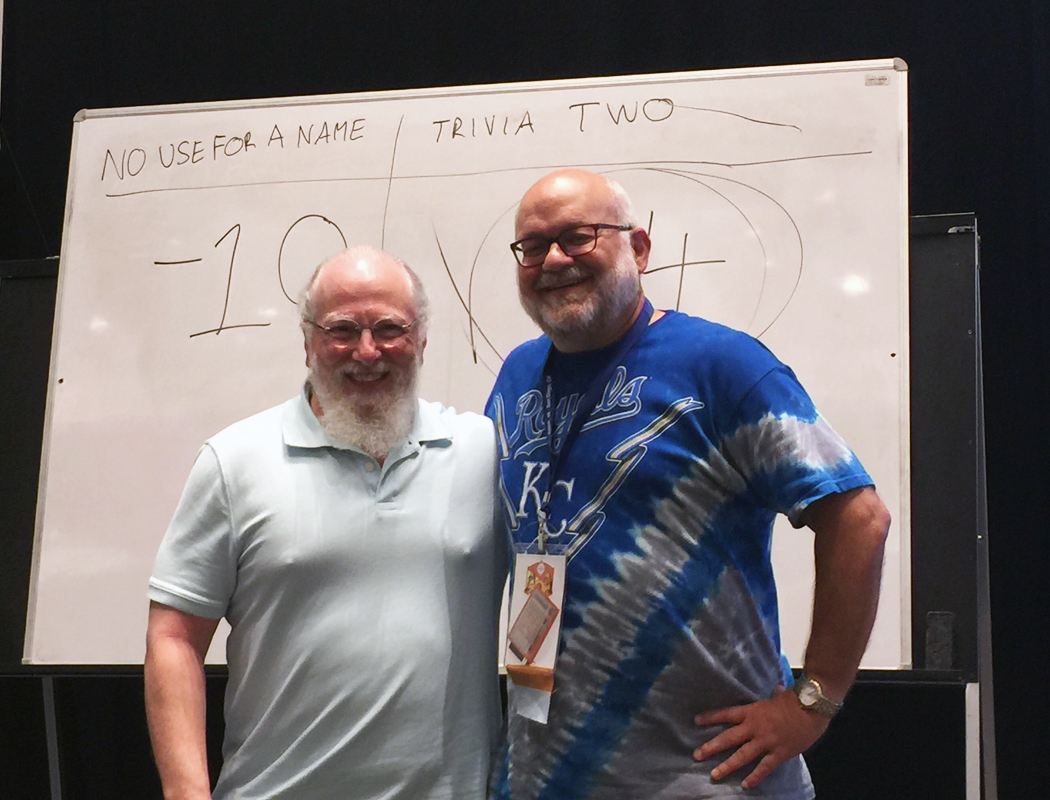 Trivia giant Bill Carle pulled off the “daily double” to win both the individual and, with Jamie Selko, the team contests at the SABR Trivia Contest on Saturday, June 29, 2019, at SABR 49 in San Diego.

Carle, of Lee’s Summit, Missouri, became the third SABR trivia champion to win both contests in the same year, joining Mike Caragliano in 2012 (Minneapolis) and Rob Rafal in 2016 (Miami). Carle tied Caragliano for the all-time SABR record with four career wins in the individual trivia contest. He also won his seventh team contest, for 11 overall trivia championships, second only to Mark Kanter in SABR convention history.

Selko, of Eugene, Oregon, won his fifth career team trivia title and second in a row. He and Carle were also part of winning teams in 1985, 1986, and 1993 — the last time the SABR convention was held in San Diego.

Wood was a first-time finalist in the individual contest, but he was bested by the 11-time champion Carle, who drew gasps from the crowd when he correctly answered a question about the unusual coincidence that united All-Star third basemen Pepper Martin and Al Rosen (answer: they were both born on February 29).

The other team semifinalists were The All-Americans: David Kaiser, Francis Kinlaw, Tom Howell, and Elliott Frankfother; and The Four Musketeers: Dick Cramer, David W. Smith, Steve Krevisky, and Philippe Cousineau. Lesch and Cousineau were also semifinalists in the individual contest.

The SABR Trivia Contest was moderated by D. Bruce Brown, president of the Baltimore Babe Ruth Chapter and co-chair of Horsehide Trivia with T. Scott Brandon. Brown and Brandon wrote and edited the questions. Considerable assistance in both evening sessions at SABR 49 was given by Diane Firstman, Damian Begley, and Frank Workman. Rich Klein, Larry Hayes, and Mike Caragliano helped with fact-checking and proofreading. Brandon assembled the game boards of the semifinal and final rounds. 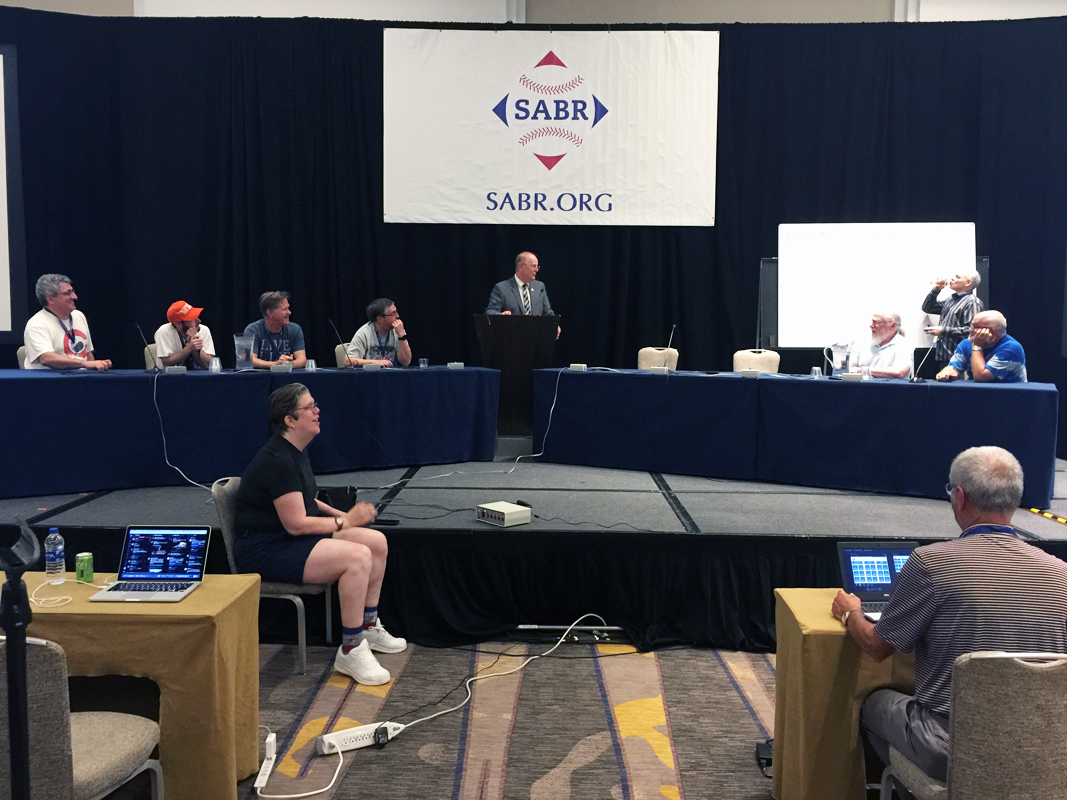