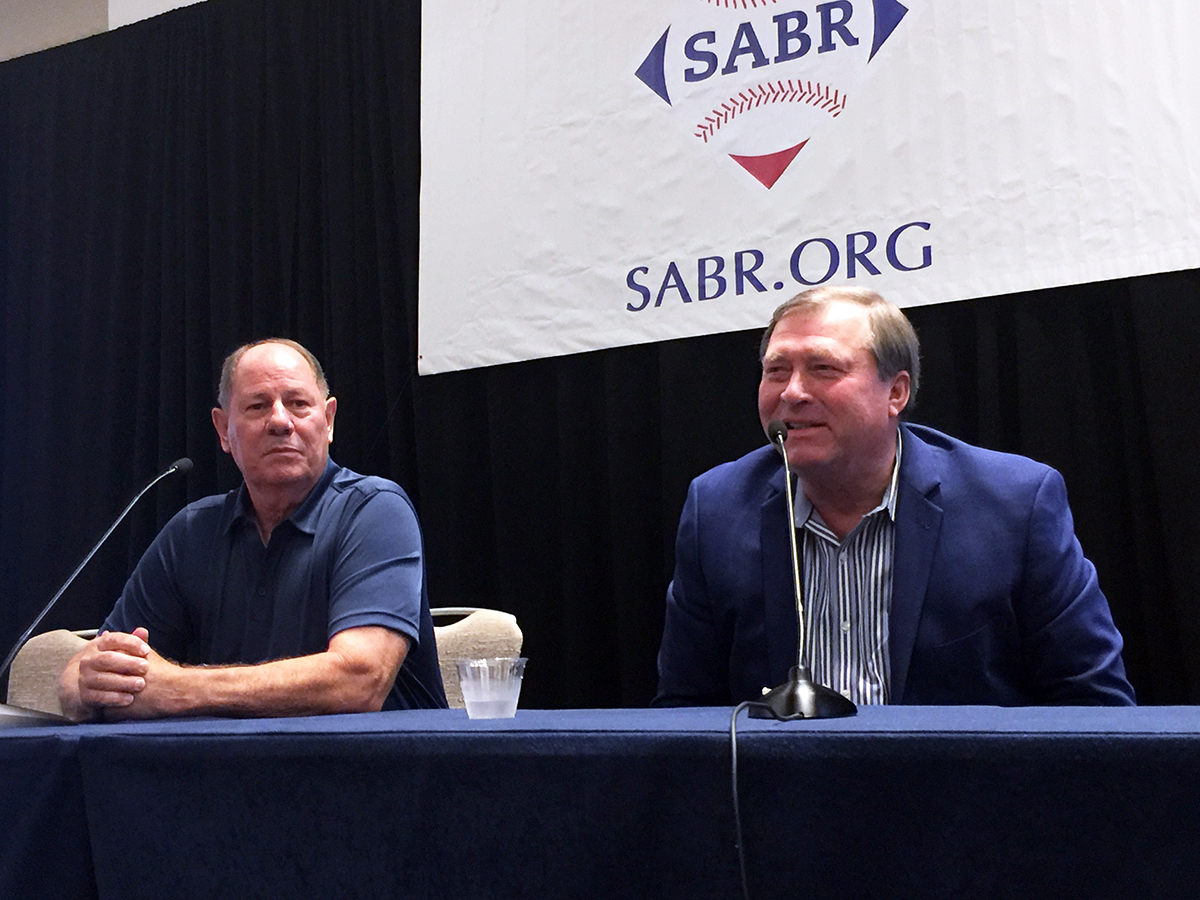 At SABR 49 on June 29, 2019, in San Diego, we were fortunate to hear stories about life behind the mask as an umpire in Major League Baseball with our MLB Umpires Panel.

The panel included Gerry Davis — who was behind the plate calling balls and strikes for the Padres-Cardinals game we attended at Petco Park the night before — in his 35th season as an umpire in Major League Baseball. He served as the crew chief during the World Series in 2009, 2012, and 2017, as well as the 2012 All-Star Game in Kansas City. He has also been selected to umpire during the 1989, 1997, and 2002 All-Star Games, and the World Series in 1996, 1999, and 2004, and ten League Championship Series beginning in 1990. He has worked 143 career postseason games, the most all-time among major-league umpires. It also included Mike Port, Major League Baseball’s Vice President of Umpiring from 2005 to 2011, and moderator Fred Rodgers, General Manager for West Vest Inc.

On the difficulty of being an MLB umpire

On the importance of umpires in baseball 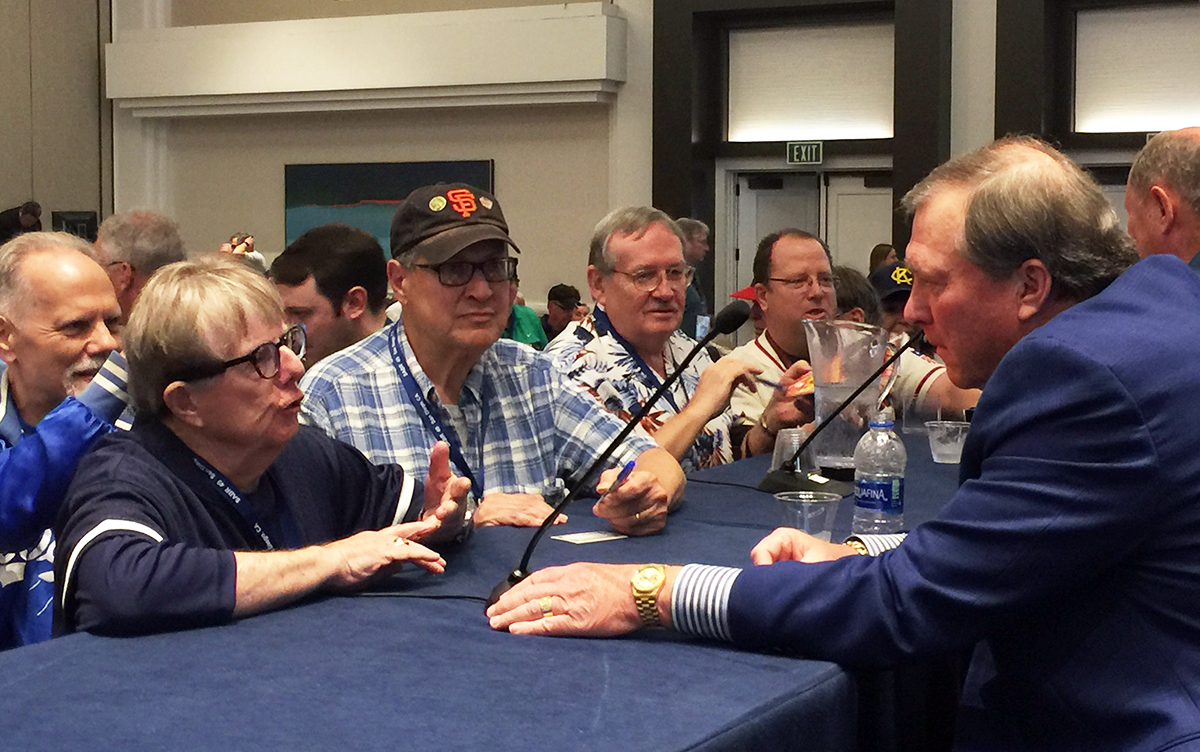 On changes in umpiring since instant replay was implemented

On crew chiefs facing the media after games

On female umpires in professional baseball

On using replay to call balls and strikes