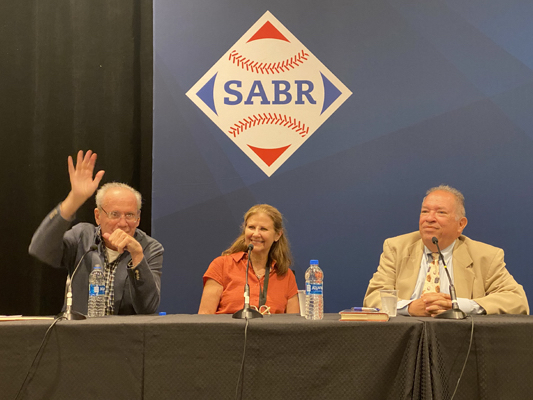 At SABR 50 on August 20, 2022, the SABR Ballparks Committee hosted a special panel discussion on Oriole Park at Camden Yards.

Panelists included former Baltimore Orioles president Larry Lucchino, acclaimed ballpark design director Janet Marie Smith, and longtime baseball executive Charles Steinberg, who spoke about the construction and design of Camden Yards, which set the standard for a new wave of ballparks after its opening in 1992. The panel was moderated by SABR CEO Scott Bush.

On the beginning of demands for a new stadium in Baltimore

On how the Colts inspired the building of Camden Yards

On the struggles of sharing Memorial Stadium with the Colts

On the early search for a new stadium location

On the Orioles’ response to feedback on Camden Yards