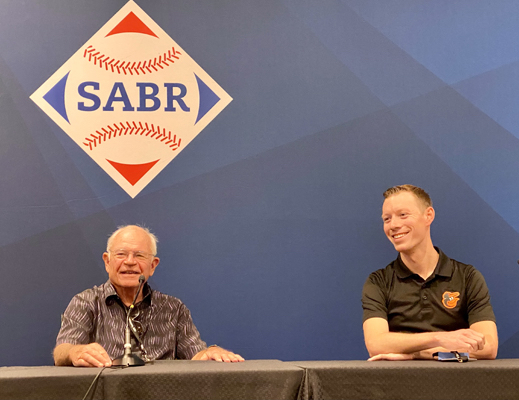 They talked about life behind the microphone in a panel moderated by Chuck Hildebrandt, visiting chair of SABR’s Media Committee.

On pursuing broadcasting as a career

On calling games in the major leagues vs. minor leagues

On following a losing team all season

On the legacy of Vin Scully