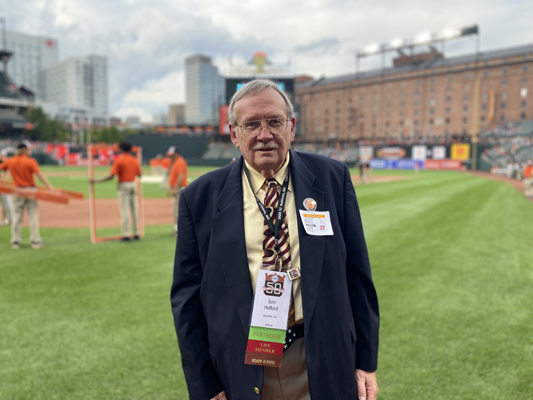 In an on-field ceremony before the Orioles game against the Boston Red Sox, Hufford, 72, from Marietta, Georgia, accompanied by his wife Nan, was recognized on the center field scoreboard at Camden Yards and received the team’s Heavy Hitter Award along with a Cedric Mullins autographed baseball.

Hufford was a 21-year-old college student at Virginia Tech when he traveled to the Baseball Hall of Fame in Cooperstown, New York, as one of 16 original founding members at SABR’s first organizational meeting on August 10, 1971. He was elected as the organization’s secretary in 1976 and also served on the Board of Directors from 2004 to 2012.

Hufford spent 30 years in the urban planning and architecture industries, and he served as president of the Atlanta Braves’ 400 Club in 1991-92 and was a consultant to the team during the design of Turner Field. Before the game on Friday at Camden Yards, he met with former Braves manager Fredi González, who is now on the Orioles coaching staff.

View more photos of the SABR 50 ballgame at Camden Yards before. To learn more about SABR 50, visit SABR.org/convention. 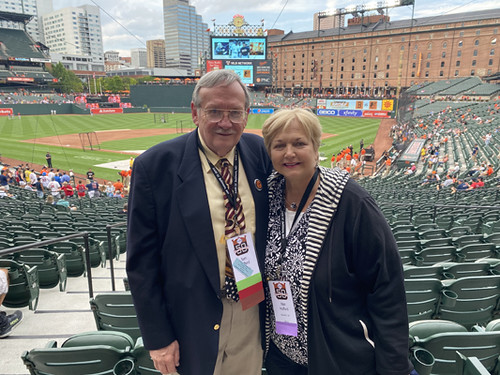 (Click here to view this gallery on mobile devices)