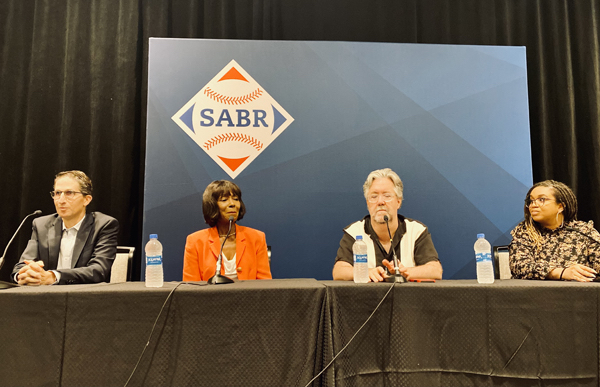 At SABR 50 on August 20, 2022, a special panel discussion was held focusing on the 50th anniversary of Curt Flood’s lawsuit against Major League Baseball. On June 19, 1972, the United States Supreme Court ruled against Flood in his effort to dismantle baseball’s reserve clause.

On the racism faced by Black players in the 1960s

On life under the reserve clause in the 1960s

On Flood leaving the country after the Supreme Court decision