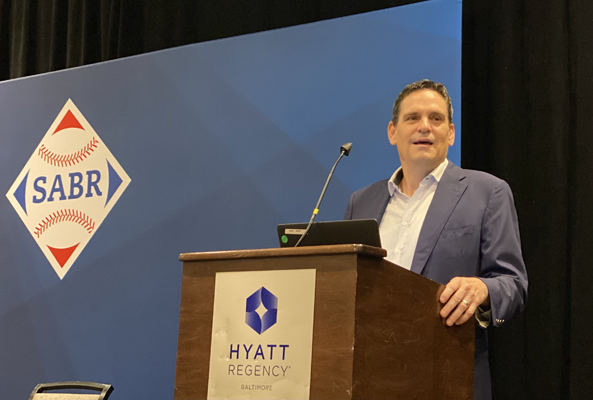 Mejdal oversees all aspects of the club’s growing analytics efforts while assisting GM Mike Elias in all manner of baseball operations decisions. He spent six seasons working in the Houston Astros front office and contributed to the Astros’ 2017 World Series championship, and also worked for the St. Louis Cardinals for seven seasons. Prior to his baseball career, he worked for NASA as a biomathematician and first joined SABR at 12 years old before earning his bachelor’s degrees in mechanical engineering and aeronautical engineering from the University of California at Davis and master’s degrees in operations research and cognitive psychology from San Jose State University.

On “asking the simple question” in baseball

On the impact SABR has had on his career

On reading Moneyball, by Michael Lewis:

On tension between scouting and analytics

On his decision to join the rebuilding Baltimore Orioles