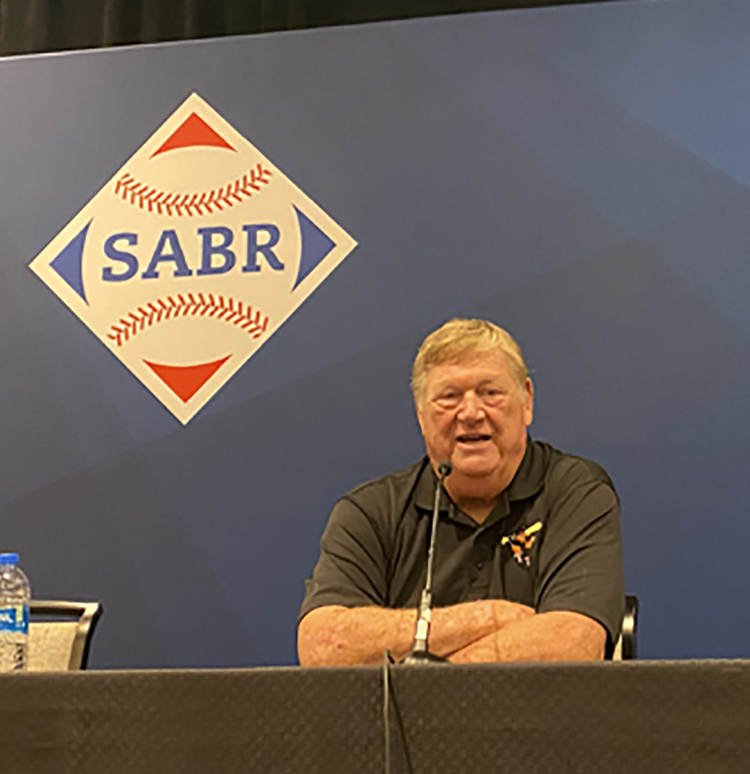 At SABR 50 in Baltimore, Orioles legend Boog Powell was a featured speaker in a one-on-one interview with Dan Connolly of The Athletic on August 20, 2022.

Powell is one of the most beloved Baltimore Orioles players in the team’s storied history. He played first base and outfield for 17 major-league seasons from 1961 to 1977, winning two World Series championships with the O’s in 1966 and ’70. He earned American League MVP honors in 1970 and finished his career with 339 home runs. Since 1992, when the Orioles began playing at Camden Yards, he has operated Boog’s BBQ on Eutaw Street, a must-visit attraction for any baseball fan.

On the 1966 World Series-winning Orioles

On losing to the Miracle Mets in 1969

On playing with Brooks Robinson at third base

On the Orioles’ kangaroo court 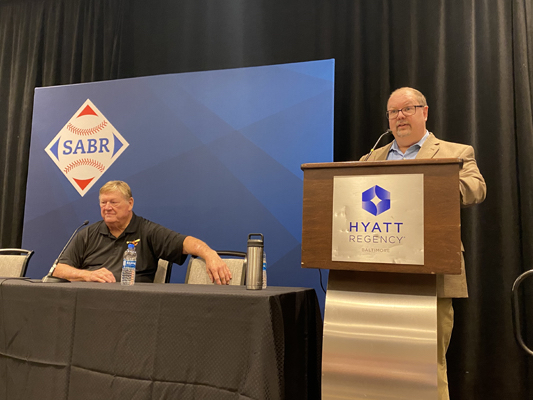