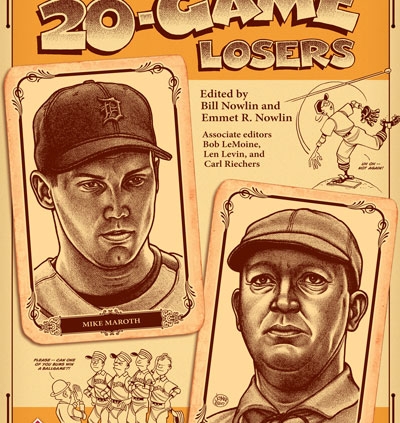 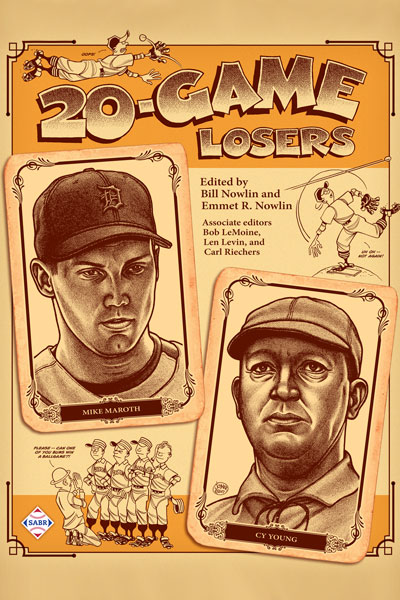 Be a winner, and add this new baseball book from the SABR Digital Library to your collection:

You have to be a very good pitcher to lose 20 games in one season. Why would a manager keep putting you out there to pitch, time after time, if you didn’t have a chance to win the game? More than 25 percent of the pitchers in the National Baseball Hall of Fame are pitchers who lost 20 or more games in a single season. One of them even lost 20 or more games for 10 years in a row!

We’ve included here every one of the 23 Hall of Famers who are 20-game losers, as well as some lesser-known names, over sixty biographies in all. Mike Maroth and Brian Kingman, the two most recent pitchers to lose 20 games, are here. So is Jack Nabors thanks to his 1-20 season. You will find Guy Hecker, whose record of 52-20 constituted the best winning percentage of any 20-game loser. And we feature one woebegone pitching staff which had four 20-game losers in the same season.

By our count 499 major-league pitchers have had seasons in which they lost 20 or more games. Only two of them had ERAs over 6.00. This take on pitching records offers plenty of quirks to explore. 53 members of SABR combined their efforts to create this truly fascinating book.