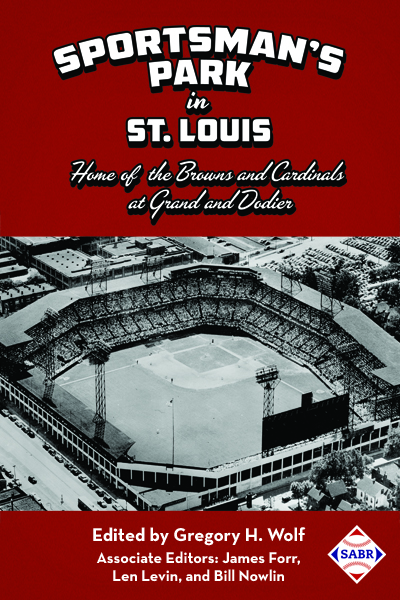 From Gorgeous George and the Gashouse Gang to Stan the Man and Gibby, add this new baseball book from the SABR Digital Library to your collection:

The intersection of Grand Avenue and Dodier Street on the north side of St. Louis is one of the fabled locations in baseball history. Amateurs began playing on a sandlot there as far back as the 1860s. In the winter of 1908-09 Sportsman's Park, a dilapidated wooden structure, was rebuilt and extensively renovated and modernized. The new concrete and steel park served as the center of professional baseball in St. Louis for the next six decades. The home of the Browns and — beginning in July 1920 — the Cardinals, Sportsman's Park hosted more than 7,000 major-league games.

This book rekindles memories of the venerable ballpark through detailed summaries of 100 games played there from 1909 through 1966. There are also insightful feature essays about the park's history.