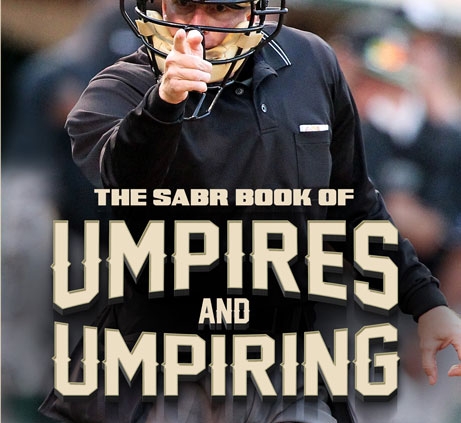 Make the right call and add this new baseball book from the SABR Digital Library to your collection: 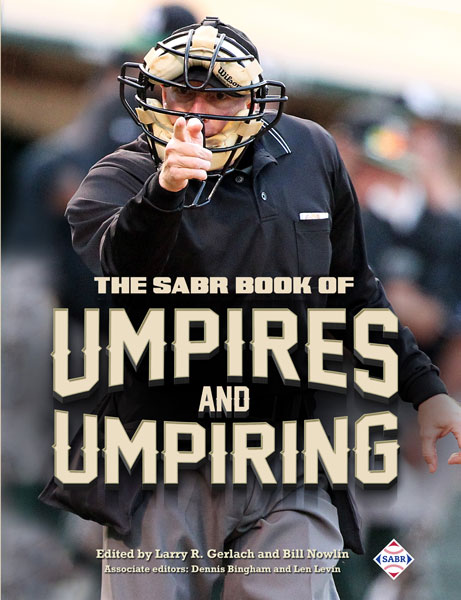 This nearly 500-page book on umpires and umpiring is the collaborative work of 34 members of the Society for American Baseball Research. It is, in effect, a companion book to another SABR title, Can He Play? A Look at Baseball Scouts and their Profession, edited by Jim Sandoval and Bill Nowlin.

The SABR Book on Umpires and Umpiring includes biographies of all the umpires in the National Baseball Hall of Fame in Cooperstown, other notable arbiters, essays about professional female umpires, umpiring in the Negro Leagues, explorations of the baseball rules, umpire equipment, and much more.

During the course of working on The SABR Book of Umpires and Umpiring, interviews were conducted with 56 major league umpires currently serving, former umpires, supervisors and those involved in umpire administration, and others whose jobs cause them to interact with umpires. It is our hope that we have helped shed light on the umpiring profession past and present, the work involved on the field, and the arduous challenges and sacrifices it takes over a large number of years to become an umpire at the top of the profession. We have tried to look at the occupation of umpiring from many different angles. No one book can cover all facets of the job, but we hope this book had touched on enough to help give readers a fuller appreciation of the game of baseball and those charged with the integrity of the game.