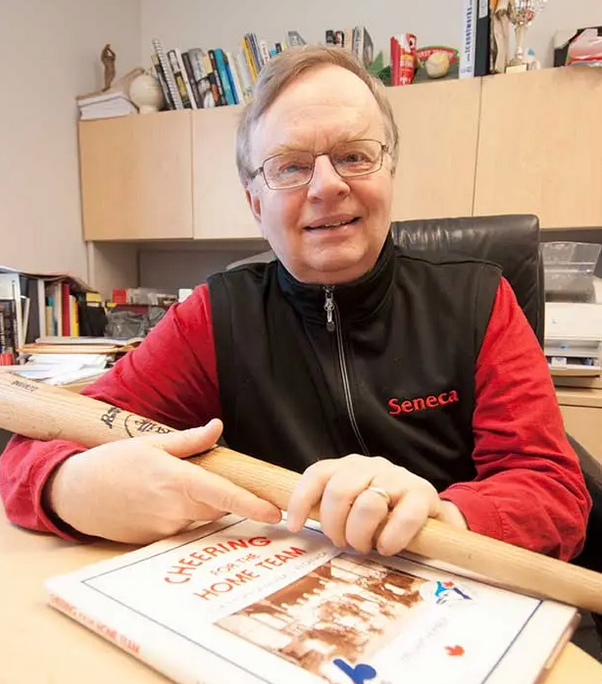 DECEMBER 28, 2021 — Longtime SABR member and baseball historian Bill Humber has been appointed a member of the Order of Canada, one of 93 Canadians to receive that appointment from Governor General Mary Simon on Tuesday, December 28.

Established in 1967, the Order of Canada recognizes outstanding achievement, dedication to the community, and service to the nation. Those appointed to the Order are deemed to have changed Canada’s “measure of success and, through the sum of their accomplishments, have helped us build a better Canada.”

Humber was honored for “his contributions as Canada’s premier baseball historian, who has highlighted the key ways in which the sport’s history is linked to our nation.”

On top of the countless presentations about Canadian baseball history that he has done across North America, Humber has also authored several groundbreaking books on the topic, including Cheering for the Home Team (1983), Let’s Play Ball: Inside the Perfect Game (1989), The Baseball Book and Trophy (1993) and Diamonds of the North: A Concise History of Baseball in Canada (1995). He was elected to the Canadian Baseball Hall of Fame in 2018.