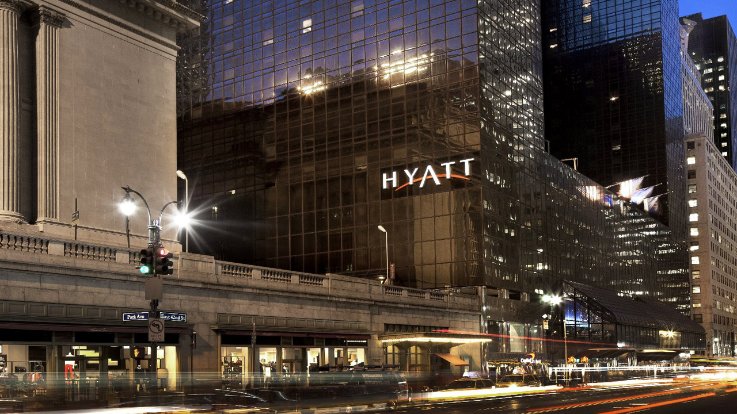 Save the date! SABR will be returning to the Big Apple for our 47th national convention on June 28-July 2, 2017, at the Grand Hyatt New York. Registration information will be available at SABR.org/convention in early 2017. The New York Mets are scheduled to play the Philadelphia Phillies in a three-game series that weekend at Citi Field.

The Grand Hyatt New York, one of the city’s most historic and luxurious hotels, is conveniently located in Midtown Manhattan just steps from Grand Central Terminal and within walking distance of many major attractions, including Times Square, the Empire State Building, and the New York Public Library.

SABR 47 will be our first convention held in New York City since 1991 and third in the New York metropolitan area. At SABR 21, famed Yankees announcer Mel Allen was the keynote speaker, while singer Terry Cashman performed a rendition of “Talkin’ Baseball” and the famous Brooklyn Dodgers Sym-phony also performed. SABR’s eighth convention in 1978 was highlighted by the release of the groundbreaking book Minor League Stars, the first major compilation of seasonal and career records for players, teams, and leagues at that level. The keynote speaker was longtime Dartmouth College coach and former major-leaguer Tony Lupien, and the convention ballgame at Yankee Stadium was on Old-Timers’ Day when Billy Martin shocked baseball with the announcement that he had been “rehired” by George Steinbrenner after his firing just days earlier.

SABR’s 2017 national convention will be our 47th annual gathering; the organization’s founding in Cooperstown in 1971 is counted as the first. Learn more about SABR’s convention history by clicking here.