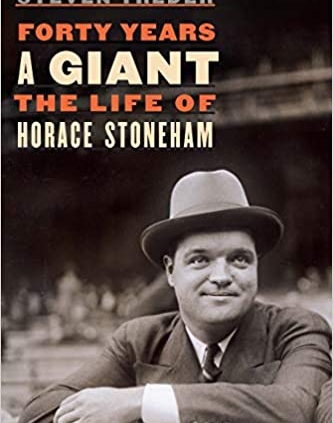 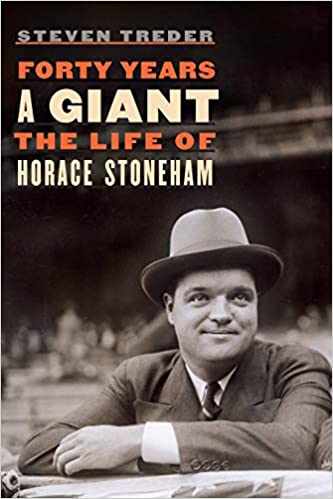 Forty Years a Giant: The Life of Horace Stoneham, written by Steven Treder and published by the University of Nebraska Press, is the winner of the 2022 Dr. Harold and Dorothy Seymour Medal, which honors the best book of baseball history or biography published during the preceding calendar year.

Treder will receive his award during the 29th annual NINE Spring Training Conference on Saturday, March 5, 2022, in Tempe, Arizona. To register for the NINE conference, visit nineconference.com.

Steven Treder unravels a common perception of Horace Stoneham as a nice enough fellow who had little business dealing with the likes of Branch Rickey and Walter O’Malley. Through extensive research, he shows Stoneham to be a shy, introverted man overshadowed by heavyweights like his father, John McGraw, Frankie Frisch, Leo Durocher, O’Malley, Willie Mays, and others. According to Treder, Stoneham in his quiet way held his own and accomplished a great deal. He loved the game, was loyal to his players, and tried to do right by the fans. He kept his beloved Giants competitive for most of his ownership. With little flair he helped to integrate the game by bringing in Negro League stars Mays, Monte Irvin, and Hank Thompson as well as Latin American luminaries Orlando Cepeda, Juan Marichal, and the Alou brothers (Felipe, Matty, and Jesus). Treder gives us a long underrated man who had an impressive resume.

Treder, a SABR member since 1985, wrote for The Hardball Times for more than 10 years. His work has also been featured in NINE, The National Pastime, and other publications. He has frequently been a presenter at baseball forums such as the SABR National Convention, the NINE Spring Training Conference, and the Cooperstown Symposium. He lives in the Bay Area.

The other finalists for the 2022 Seymour Medal were: