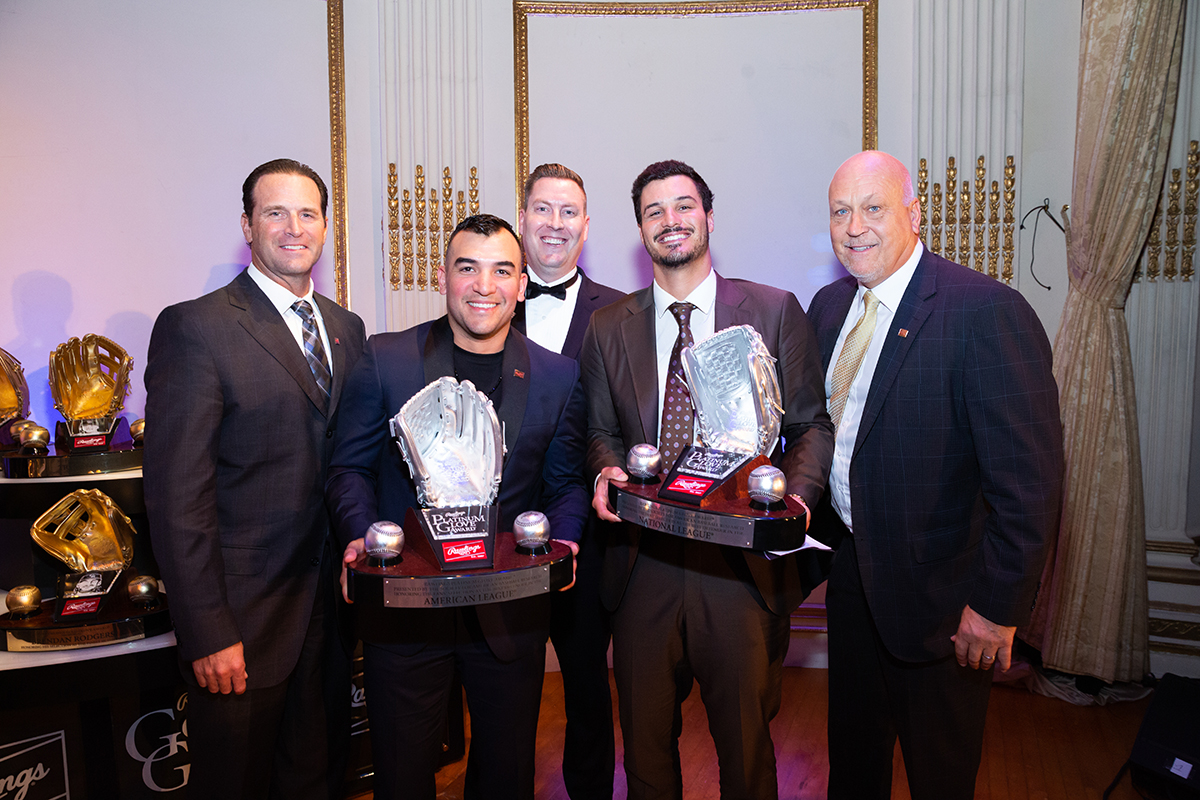 Both athletes were on hand for the reveal on Friday, November 11 at the 2022 Rawlings Gold Glove Award Ceremony held at the Plaza Hotel in New York City. Their respective teams, the New York Yankees and the St. Louis Cardinals, were named as this year’s recipients of the Rawlings Team Defense Award.

Voting for the Rawlings Platinum Glove Award began at the conclusion of the 2022 Rawlings Gold Glove Award Announcement Show that aired on ESPN’s Baseball Tonight on November 1 and ended on November 9. Fans took to Rawlings.com to voice who they thought was the best defender in each League.

“Each season, we enjoy providing authentic data and defensive metrics to guide passionate fans as they vote for their favorite defenders in the AL and NL,” said Scott Bush, chief executive officer for SABR. “Jose Trevino and Nolan Arenado are some of the best defensive athletes in the game today which goes to show just how knowledgeable the fans are to select them as the Platinum Glove Award winners for 2022.”

The Rawlings Team Defense Award, in its third year, utilizes an SDI that draws on and aggregates two types of existing defensive metrics: those derived from batted ball location-based data and those collected from play-by-play accounts. SDI utilizes MLBAM’s Statcast, Sports Information Solutions data, and STATS, LLC data as well as traditional statistics with advanced analysis.

“The Yankees and Cardinals are well-deserving recipients of the 2022 Rawlings Team Defense Awards given the collective fielding prowess displayed by their immensely talented rosters,” said Mike Thompson, chief marketing officer of Rawlings. “Both teams have a strong legacy of defensive excellence and continue to emphasize the importance of incomparable fielding ability.”

Both the Rawlings Platinum and Team Defense Awards will be presented to the athletes and their teams, respectively, at games to take place early in the 2023 regular season.

About SABR™
The Society for American Baseball Research (SABR) is a non-profit organization dedicated to fostering research and disseminating the history and record of baseball.  Founded in 1971, SABR has more than 7,200 members worldwide and has established itself as a vibrant baseball community and a premier distributor of ground-breaking baseball information. SABR features 83 chapters and 33 research committees, and produces three annual publications — two editions of The Baseball Research Journal and The National Pastime — in addition to other print and e-books.  SABR also hosts annual events, including the National Convention each summer, and the SABR Analytics Conference in March in Phoenix.