This article was published in the Fall 2012 Baseball Research Journal. 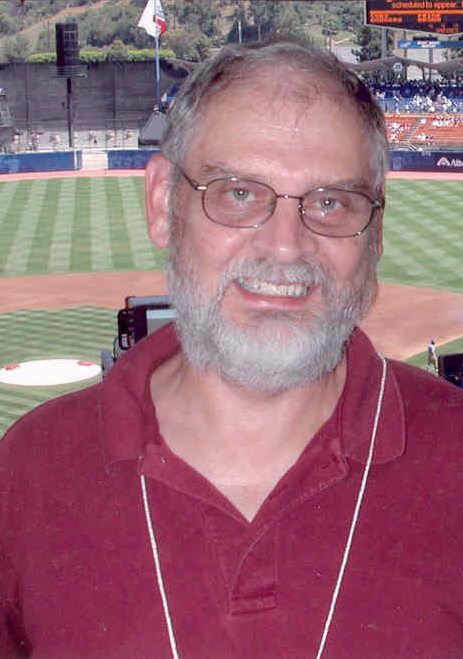 DAVID W. SMITH had a dream when he founded Retrosheet in 1989. It was to collect play-by-play data for every game in Major League Baseball history. It seemed an impossible task and the naysayers were many, but as of 2012 more than 120,000 play-by-play accounts have been posted on Retrosheet’s website. Now it seems impossible to imagine how researchers managed before what has come to be called the Retrosheet Era. “We are doing this to preserve history. We're not doing it for any other reason.” Dave and his site are available to all, free of charge, and have been a go-to resource for every big league team, countless media outlets, and many thousands of baseball researchers. The Hall of Fame calls on a regular basis. Need help finding something? Dave will direct you to it, always with a kind and encouraging word. “He’d be perfectly happy to stay down in the basement for days on end, weeks on end, and come up for food occasionally,” his wife Amy said.

And while answering a request from a big league team, like his beloved Dodgers, continues to give him great satisfaction—he remembers when some teams wouldn’t even return his calls—equally satisfying is being able to supply an aged fan the play-by-play of the first game he saw decades ago. “Every game is someone’s first game,” Dave says. “The stories can be very touching. I almost want to cry reading the notes. One man was looking for a box score from his first game to frame and give to his dad for Father’s Day. His father died two months later.”

Alan Schwarz devotes five pages to the organization in his book The Numbers Game: Baseball’s Lifelong Fascination with Statistics, praising Smith for both taking on the task and making sure the information would be free and accessible to the public. “In the end,” Schwarz wrote, “Retrosheet has become a celebration of baseball built by fans for fans. Their sense of community and love for their favorite sport pulse through every web page.”

A noted baseball historian himself, Dave has written and presented numerous papers based on his research. His work has been widely praised as a huge boon to baseball research and he has received a number of awards for his work, including The Sporting News-SABR Baseball Research Award in 2001 for his co-authorship of The Midsummer Classic: The Complete History of Baseball’s All-Star Game, and most notably the Bob Davids Award in 2005. But Dave is more than a baseball researcher. Since 1975 he has been a professor of biology at the University of Delaware, and is director of the Department of Biological Sciences’ undergraduate program. He won the university’s Excellence in Teaching Award in 1977.

That Retrosheet has been such a success is attributable to the efforts of its cadre of volunteers. Dave has always been the first to acknowledge this, but as Retrosheet’s secretary David Vincent has said: “He will never admit to this, but Dave is Retrosheet.”

“This has all worked out ridiculously well for me,” Smith says. “I never would have believed things would turn out to be this wonderful.” That it has worked out so well has benefited thousands of researchers, all of whom owe a debt of gratitude to Dave Smith.