SABR honors two individuals with one of the nine inaugural Henry Chadwick Awards because their accomplishments in baseball history were indivisible. Although plaudits were directed solely to Harold Seymour (1910–92) in his lifetime, it has since become clear that his wife, now Dorothy Jane Mills (b. 1928), did a great deal more than offer behind-the-scenes support. While his interest in the game exceeded hers, her research skills and finely honed prose style would have won for her, under other circumstances, her rightful place as coauthor of their major accomplishment, the three-volume history Baseball, published by Oxford University Press. 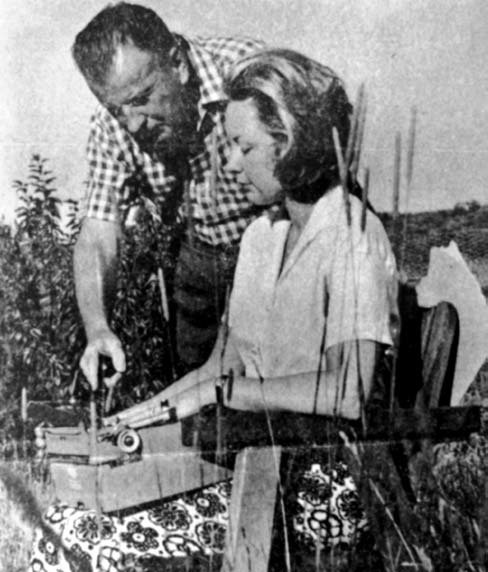 If Dr. Harold Seymour was a stickler about referencing his doctorate when addressing him, it may have been because his was the first ever awarded in connection with a thesis on baseball history. The Rise of Major League Baseball to 1891 was accepted by Cornell University in 1956, but it is the Seymours’ subsequent work, as published by Oxford, that won for them the gratitude and debt of the thousands of scholars who have followed in their path.

Seymour came to his calling by way of the Brooklyn Dodgers, for whom he had been a batboy, and Drew University, where he had played on the varsity nine. This common touch helped to make the monumental work lively as well as learned. As he said in the 1950s, “No historian has ever deemed the subject worthy of scholarly investigation, despite the fact that baseball is a reflection of the development of American life. Learned men are sometimes very stuffy, you know.”

When Harold and Dorothy met, she was an undergraduate and he a professor at Fenn College, now Cleveland State University. There she majored in English, contributed to the literary magazine, and moonlighted as a “copy boy” at the Cleveland News. Her skills proved invaluable to her husband as she performed research, organized material, and structured the notes first for his dissertation and then for the first and second volumes of the work issued under his name. By the time of the third volume, Harold’s health had deteriorated significantly and it was left to Dorothy to become virtually a ghostwriter, still invisible publicly except in the acknowledgments.

As Dorothy Z. Seymour, she had begun in the 1960s to publish books and articles under her own name—children’s books, linguistics articles, education titles. In 1998, remarried and writing as Dorothy Jane Mills, she published a historical novel, The Sceptre.

Harold Seymour continued to write articles into the 1980s, including “Books Before Baseball” for the inaugural number of The National Pastime in 1982. His 1956 article for the New York Historical Society Quarterly, “How Baseball Began,” inspired two generations of early-baseball researchers.

But in the end the signature achievement is the Seymours’ three-volume history, each bearing the title Baseball: first, The Early Years (1960); next, The Golden Age (1971); and finally The People’s Game (1990). No one may call himself a student of baseball history without having read these indispensable works. In 1991, when SABR established the annual Seymour Medal for best book of baseball history or biography published in the previous year, the award was named for both Seymours.