By the end of the twentieth century, bound baseball encyclopedias, despite their increasing sophistication, were no longer sufficient to address the increasing interest in baseball statistics and their analysis. At the same time, as the Internet matured and computing power multiplied, web-based solutions to this problem became feasible. 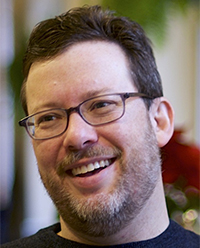 Almost single-handedly Forman fabricated and engineered what has become the go-to site to look up statistics for any baseball player or team. For serious baseball researchers, analysts, sportswriters, announcers, or historians, Baseball-Reference is often the first stop.

In creating B-R.com, Forman embraced four principles. First and most fundamentally, the site had to be useful; it needed to be comprehensive and the data easy to find. Second, any data search needed to be fast, and Forman specifically designed the site to meet this criterion. Third, Forman also understood the importance taking full advantage of the unique characteristics of the Internet. Accordingly, his site overflows with links, so that users can easily jump elsewhere on the site. Finally, Forman wanted to make the site fun, and he infused it with his own personality and with some inside jokes.

Over the past decade, Forman has refined the site to go well beyond the standard statistics found in baseball encyclopedias and transformed the way researchers can retrieve information that once was mostly inaccessible. B-R.com offers sabermetric statistics, leader boards for all categories in which a player qualified, and a list of a player’s transactions.

In his most significant enhancement, Forman harnessed information from Retrosheet to provide single-game data, splits based on those data, and a wide variety of player records, such as how a pitcher fared against every batter he faced or a list of each double a batter hit. The site can also generate a list of every starting lineup used by a team in a season, from both a defensive standpoint and the batting order. More recently he has also added a significant amount of minor league data.

Forman came to his interest in sabermetrics through Rotisserie baseball. At first limited to player rating systems, Forman soon branched out and has now authored numerous original sabermetric essays. His article “Blocking Pitches: Assessing a Catcher’s Ability to Save Runs with Bruises,” won Forman the 2006 Doug Pappas Research Award, which recognizes the best oral research presentation at the Annual Convention. Prior to launching Baseball-Reference, Forman co-founded BaseballThinkFactory.org, a website devoted to modern sabermetric analysis and discussion.

Forman grew up in small-town Iowa, the son of a high school football coach, and as a schoolboy he starred in baseball and golf. For his undergraduate studies, Forman attended Grinnell College, where he played Division III golf. After graduation, Forman continued his education at the University of Iowa, earning a Ph.D. in Applied Mathematical and Computational Sciences. Forman’s Ph.D. led him to a career in academia, and he eventually became a tenured math and computer science professor at Saint Joseph’s University. As the popularity of his website grew, Forman made the difficult decision in 2006 to resign his professorship and concentrate fulltime on B-R.com.

Because of its huge, easily accessible array of baseball statistical information, the site’s popularity has exploded over the past ten years. When Forman first unveiled the site, it generated around 3,000 to 4,000 visitors per day; today that number is roughly 90,000. Forman’s creation has forever changed the way analysts, writers, and historians access and view baseball statistics. Research that might once have taken weeks or months can now be done in minutes. The richness of modern baseball analysis and historical investigation owes much to Forman’s wonderfully crafted site.