Here are the SABR Bookshelf listings for Fall 2013.

The Fenway Project
Edited by Bill Nowlin and Cecilia Tan

The Kid: The Immortal Life of Ted Williams
By Ben Bradlee Jr. 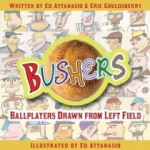 The Stars Are Back: The St. Louis Cardinals, the Boston Red Sox, and Player Unrest in 1946
By Jerome M. Mileur

Baseball Beyond Borders: From Distant Lands to the Major Leagues
By Frank P. Jozsa Jr.

Before Jackie: The Negro Leagues, Civil Rights and the American Dream
By Mary E. Corey and Mark Harnischfeger

The Groundbreakers! There Is a First Time for Everything: 1,804 Answers to First Time Happenings in Major League Baseball That You Were Curious to Know
By Richard L. Chilton

Expanding the Strike Zone: Baseball in the Age of Free Agency
By Daniel A. Gilbert

Keepers of the Game: When the Baseball Beat was the Best Job on the Paper
By Dennis D’Agostino 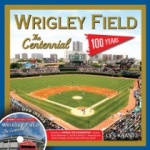 Wrigley Field: The Centennial: 100 Years at the Friendly Confines
By Les Krantz

I Love The Work, But I Hate the Business
By Mel Proctor

Barnstormin’ Across America: The Bustin’ Babes and Larrupin’ Lous
By Rick Cabral

Hub Perdue: Clown Prince of the Mound
By John A. Simpson

George Altman: My Baseball Journey from the Negro Leagues to the Majors and Beyond
By George Altman with Lew Freedman