Baseball fans, tune in this season to SABRcast with Rob Neyer, a weekly podcast hosted by award-winning author and longtime SABR member Rob Neyer. SABRcast features insights and analysis of what’s happening in modern baseball on and off the field, plus compelling interviews with figures from around the game — and music from The Baseball Project. 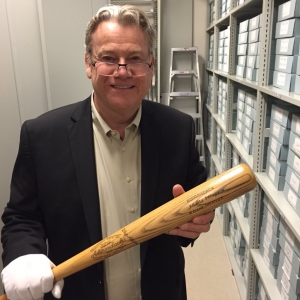 This week’s guest is Rob Nelson, a baseball original. He is most famous for co-inventing Big League Chew bubble gum with Jim Bouton when they were teammates with the minor-league Portland Mavericks (of Battered Bastards of Baseball fame) in the 1970s. Nelson is a graduate of Cornell University, where he pitched for the varsity baseball team and majored in philosophy. He spent parts of three seasons pitching — “briefly and ineffectively,” he says — for the Mavericks before turning his attention to bubble gum. He still travels the world promoting his timeless invention.

Click here or press play below to listen to Episode #49: