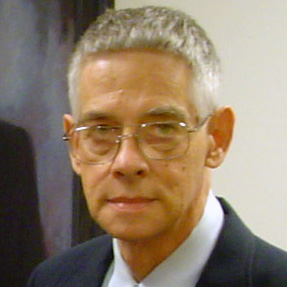 John F. Pardon (1938-2008) was one of SABR’s original 16 founding members. A longtime researcher on the minor leagues, John was the recipient of the Bob Davids Award in 1998. With assistance from Jerry Jackson, he put together an 80-page publication called The Cities of Professional Baseball in 1972. He served as SABR’s vice-president, secretary and director, chaired the Minor Leagues Committee, and was active in the Ballparks, Biographical Research, Business of Baseball, Latin American and Nineteenth Century committees. He was a longtime member of the Casey Stengel Chapter in New York City. A former sports writer in Ossining, New York, and Asheville, North Carolina, he retired from the Department of Veterans Affairs.