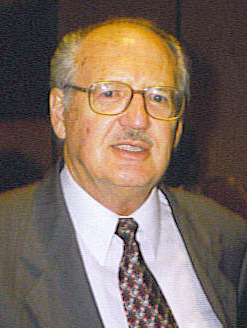 The Bob Davids Award honors SABR members whose contributions to SABR and baseball reflect the ingenuity, integrity, and self-sacrifice of the founder and past president of SABR, L. Robert "Bob" Davids. Voluntary activities in the area of administration and research are among those contributions considered.

SABR's highest honor, the Bob Davids Award was established by the Board of Directors in 1985, and is awarded each year at the annual convention. Learn more about Bob Davids at the SABR BioProject or on our SABR Founders page.