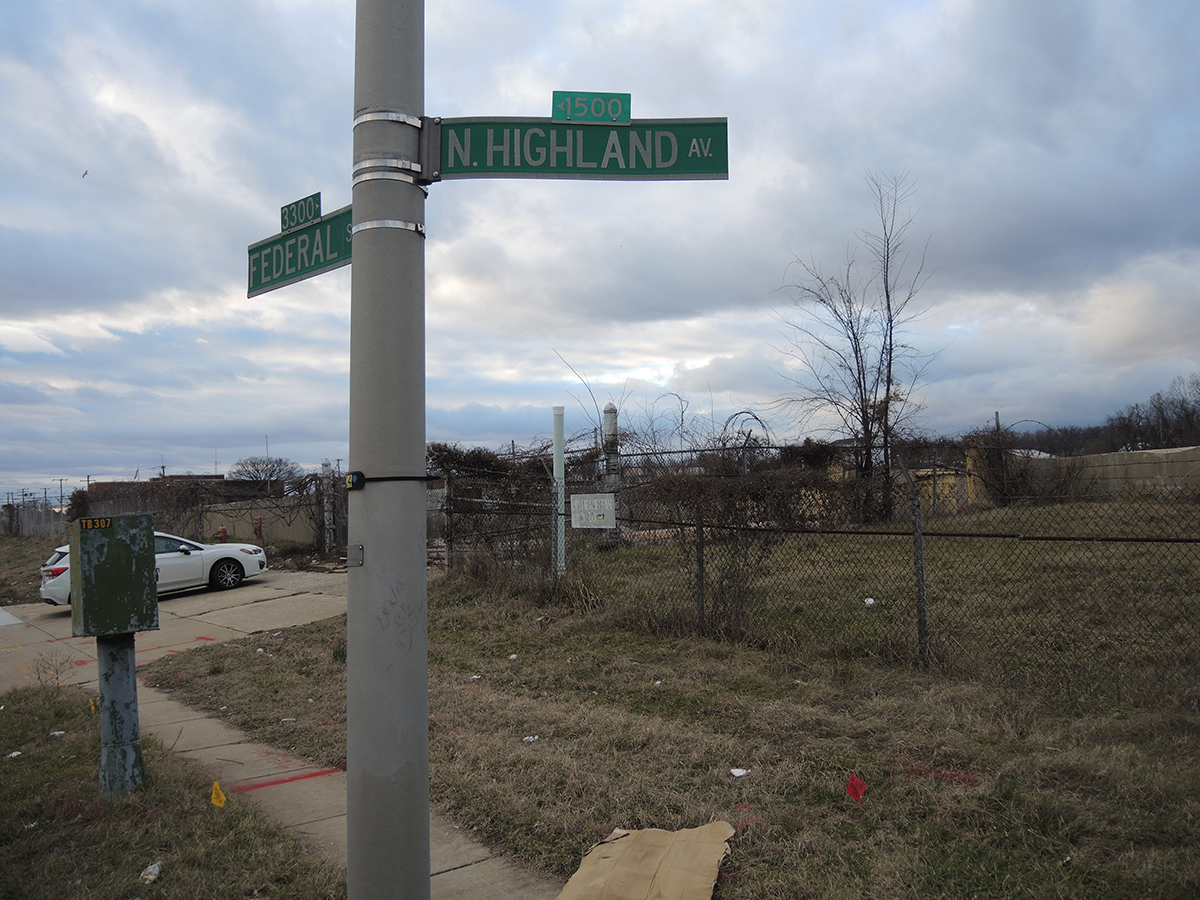 Baltimore in the early part of the twentieth century “languished in ballpark poverty.”1 The city, once home to one of the finest squads in the professional game, had hosted only minor-league teams since 1902, and the existing ballparks of the time were not top-notch facilities. Many of the local ballfields were more “field” than “athletic venue,” often with little more than simple wooden bleachers behind the team benches, while other sites were simply too small. As Robert Leffler wrote, “Maryland Park, for many years a favorite among African-American fans, became a junk lot. Oriole Park at 29th and Greenmount was segregated for International League games and, though possibly available to black teams on a rental basis, seated only 10,495. … Municipal Stadium – constructed of earth, cement and wood in 1922 to compete with Philadelphia for the yearly staging of the Army-Navy (football) game – accommodated 70,000 football fans; it did not have a baseball diamond.”2

So in 1912, when Edward C. Lastner, an ambitious employee of the Simpson and Doeller Company, a firm that printed labels for cans, approached his boss, Harry Doeller Sr., about sponsoring an industrial-league baseball team, the latter gave Lastner $100 and an admonition that “the rest is up to you.”3 In a 1954 retrospective interview, Lastner filled in some of the details of the field’s origin:

“Well, we heard of a cow pasture east of Belair road just across the city line, off what is now Edison highway. And we found that it really was a cow pasture. There were ten or eleven fine Guernseys there, the property of a local dairy owned by Mrs. Carrie Snyder. But she agreed to rent us the field for $25 a year. Every night after quitting time, we’d take rakes and shovels and work to level the ground. When this was finished, we realized we’d have to have a grandstand if we wanted to get a crowd and make some money. But, of course, it would cost plenty of money to erect a grandstand and we didn’t have it. We solved this problem by holding a series of raffles in Northeast Baltimore, around Gay street, with Morris chairs as prizes.

So the grandstand was built. It had a seating capacity of 520, it cost $450 – and it had a roof. Right away we began packing them in because the field was convenient to Northeast Baltimore and you could get there either by walking or riding a little jerkwater streetcar. … The second year … we still had to chase the Guernseys off the diamond before we could play. That year our biggest games were on Sunday, which meant bigger crowds because Sunday baseball was not permitted in the city. As many as 2,500 people would come out to the field. …”4

On a modern (ca. 2019) map, the field was located on the northeast corner of the intersection of Federal Street and Edison Highway (currently 1601 Edison Highway). Back in 1918, however, it was just another ballfield on the eastern edge of the city. That year, with the work force drain imposed by the war effort in Europe and following the devastating influenza epidemic, the company sold its pasture lease to Dr. Edward J. Cook, whose ballclub, St. Andrews, used it as a home field until 1924.6

In 1924 “Papa” Joe Cambria bought the lease from Cook.7 Cambria had recently purchased the Bugle Coat and Apron Supply Company, one of the largest dry cleaners in the region, from the Bugle family.8 Cambria intended to use the former pasture to host the company baseball team, the Bugle Coat Apron Nine, and he named the field Bugle Field. In addition to baseball games, Cambria brought in high-school, college and professional football, rodeos, boxing, and even lacrosse to the venue.9 In 1932 Cambria added lighting for night games, and extended the grandstands down the foul lines to accommodate more paid admissions. According to Cambria’s biographer, Brian McKenna, he also “purchased a pair of ponies to walk the streets of Baltimore displaying advertising for the club.” He also joined with George Rossiter to buy the Baltimore Black Sox of the East-West League, but the club disbanded.10 The next season, Baltimore joined the Negro National League, but that effort failed due to competition from Ben Taylor’s Baltimore Stars and an independent team that also called itself the Black Sox.

There are no official records of measurements of Bugle Field’s dimensions or seating capacity, but a former sandlot player, Paul Bonomo, remembered that it was 420 feet in right field and 389 feet in left.11 A 1932 article in the Evening Sun notes that Bugle offered 3,900 seats,12 but later modifications raised the capacity to somewhere in the neighborhood of 7,000. Although there was no formally segregated seating, Bob Luke noted that “black fans preferred seats behind home plate, and whites tended to sit in the baseline bleachers. … [P]eople tended to sit among their own race.”13

The Nashville Elite Giants were a team without a home in 1935, and in 1936 and 1937 they scheduled several games in Baltimore.14 By 1938, after temporary auditions in both Columbus, Ohio, and Washington, D.C., the marriage with Baltimore became official. Tom Wilson’s team changed its name to the Baltimore Elite Giants, and adopted Bugle as their home field. With the Elites playing most of their local schedule at Bugle Field, which was situated in a largely Negro section of Baltimore, the facility thrived. Still, it was a relatively small arena, and opportunities to bring in revenue were always en vogue with Cambria. After the 1943 season, in order to generate additional revenue, the Elite Giants challenged a team of genuine minor-league all-stars, named the International All Stars, to a seven-game series in Baltimore. The Giants won the series six games to one, and attendance thrived.15 The team also allowed a number of sub-lessors to share the field as well, including the Maryland Amateur Baseball Association,16 the Maryland Scholastic Athletic Association (football),17 and the less organized sandlot Interclub League.18

The opening of the 1944 season was another highlight in Bugle’s history. A reported crowd of about 7,000 filled the available seating as the Elite Giants welcomed Roy Campanella and Pee Wee Butts back from World War II, and from time playing in Mexico. The following evening, an even larger crowd, estimated at 8,000, overflowed the seats to watch Baltimore take on the mighty Homestead Grays.19 That Grays team was a powerhouse, led by Josh Gibson, Buck Leonard, and Jud Wilson, and featuring immortals like Cool Papa Bell, Vic Harris, Piper Davis, and Ray Brown. This, then, was the caliber of baseball available in East Baltimore thanks to Bugle Field.

In the 1940s, Oriole Athletic Club boxing promoter Matt Reinhold managed Bugle Field. He frequently reassured the Elite Giants that they need not worry about access, that no other white club would want such a relatively small arena, but team ownership continued to seek opportunities to buy the field outright. This seeming instability had no adverse effect on the team’s performance. In 1948, the year of what proved to be the final Negro World Series, the Elite Giants took on the Homestead Grays in a seven-game series.

In Game Three, after a pair of Baltimore losses, the Elite Giants found themselves staring into the figurative baseball abyss, tied with the Grays, 4-4, at 10:52 P.M. According to league rules, no inning was permitted to start after 11:15 P.M. The Elite Giants misinterpreted this to mean that any game lasting beyond 11:15 would be suspended and replayed from the start the next day. Facing a 3-0 series deficit, and seeing their pennant chances deteriorate, Baltimore played the delay gambit and simply stopped making outs in hopes of stretching the game past 11:15. “I threw the ball to right field instead of throwing to first base and let ’em run,” Frazier Robinson, the Elites catcher, said. “We let ’em run all the runs they wanted to run just so we could prolong the inning.”20

The game ended at 11:15, and Baltimore fully expected to replay the entire game on Saturday. The Negro National League president, Rev. John H. Johnson, “instead ordered the two teams to resume the game.”21 Baltimore immediately protested the ruling and refused to play the game pending a full hearing on the matter. On Sunday, September 19, the Elite Giants won their game 11-3, but ended up forfeiting Game Three. Homestead went on to win the series, and moved on to play (and win) the World Series against Birmingham.

A year later, in 1949, Bugle Field hosted the first games of the now-consolidated Negro American League championship series, the second played on September 18, 1949. The Elite Giants were prodigiously talented, with a roster that included Joe Black, Junior Gilliam, Lester Lockett, and Leon Day, and swept the four-game series. The two games against the American Giants were the final baseball games played at Bugle, as the Elite Giants took to the road for the remainder of the series against Chicago. In August 1949, the current owners, the Gallagher sisters (their financial footing derived from real-estate trading), who had purchased the team from Cambria in 1947 as his interests expanded beyond the Mid-Atlantic, sold the former pasture to the Lord Baltimore Press. “The day after the campaign was over … wreckers moved on the old wooden stadium.”22 On September 30 and October 1, 1949, the following ad, auctioning lumber from Cambria’s labors, ran in the Baltimore Sun:

The final sporting event at Bugle was a local soccer match on December 28,24 and the ballpark’s story ended with a whimper instead of a bang. Today, there is no trace of the old baseball field, and as of 2019 the property was occupied by a fabric manufacturer, Rockland Industries.

Bugle Field was not only a community gathering grounds, where amateurs could play baseball, soccer, football, and the like, but was one of several Baltimore professional baseball venues between 1924 and 1949, and it hosted some of the highest caliber of baseball of the day. The Elite Giants’ rosters of the time included players like Biz Mackey and Roy Campanella, and the organization hosted a string of baseball immortals at Bugle such as Buzz Clarkson, Pat Patterson, Art Pennington, Willie Wells, Mule Suttles, Monte Irvin … the list of spectacular players who crossed the lines at Bugle Field goes on and on. Bugle was, by any measure, never the most spectacular venue in town, or on the respective league circuit, but it sat in the midst of a baseball-hungry section of Baltimore, and served both its tenants and visitors equally well throughout its relatively brief life.