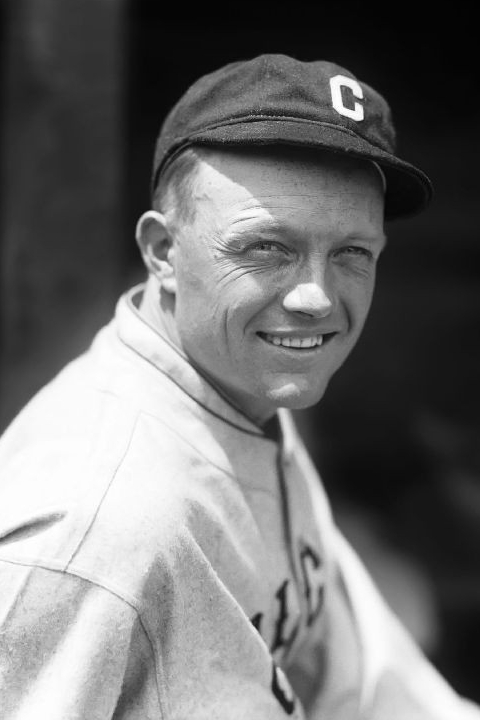 Right-hander Wild Bill Piercy did walk more than twice as many as he struck out over the course of his six seasons and 116 games in major-league baseball. He won 27 games and lost 43 with a career 4.26 earned run average, which might have seemed worse if one did not consider that in 82 of those games, he was pitching for the perennially last-place Boston Red Sox of 1922-1924, each year for a different manager. (Actually, the Sox crept up to seventh place in 1924 before reverting to the cellar.) He was at one point declared to be “the most conceited chap in the world.”1

Piercy was born and raised in El Monte, California, son of a farmer. His two parents – John Robert Collins Piercy and Jarilla Rozana Tatham, both North Carolina natives – had come to California and raised three children there – Robert, William, and Merrill. They were well enough off that at the time of the 1900 census (Piercy is listed as born on May 2, 1896), they had a “servant” – a farm laborer – in the house. El Monte is in the San Gabriel Valley, just east of Los Angeles but part of Los Angeles County. Though a sizable community today, there were less than 1,000 residents at the time.

He was able to find work with the St. Joseph (Missouri) Drummers in the Class-A Western League. He won one game for St. Joseph, but lost three and manager Jack Holland – surprised to learn he had been drafted by the New York Yankees – said a little over a year later, “Why, that busher couldn’t get the ball within a yard of the plate when he was with us. And I am not exaggerating it. He simply couldn’t get that pill anywhere near the pan. He had plenty of natural stuff. But the woods are full of that kind, and no control. He looked hopeless, and we let him go.”3 After St. Joseph, Piercy caught on with the Hastings Reds in the Nebraska State League. He was 5-7, and was again released. He’d already played for three teams but returned home to California a free agent.

For 1915, it had been assumed that the Pacific Coast League’s Los Angeles Angels were going to sign him – he was working out with them – but Hap Hogan of the Venice/Vernon Tigers slipped in and made the deal.4 Though he had a case of mumps during the year, he still pitched in 47 Pacific Coast League games and to a 15-15 record with a 2.19 ERA. His standout game was no doubt the July 25 game at home against Oakland, a 3-0 no-hitter. A first-inning error and two bases on balls were the only flaws in the game; he struck out two.5

Piercy went to Macon for 1916 spring training with the Yankees, not long after getting married to Maxine Simonson on Valentine’s Day. In fact, he showed up ten days early and got a bit of a jump on the other players. He stayed with the team throughout the exhibition season and “did pretty well” in the Ebbets Field April 11 game against the Brooklyn Robins.7 Indeed, manager Bill Donovan kept him with the big-league club until May 19, when he was released under option to the Salt Lake City Bees of the Pacific Coast League. He had a good season, winning 20 games and losing 15, with a 3.26 ERA, but it was in August that the San Jose newspaper ran an article which read in full:

“Bill Piercy, the youthful hurler of the Bees, is in wrong with the Coast league players. Bill is the most conceited chap in the world, and his fat headed tactics have been disgusting to players and fans alike. His persistent use of the illegal ‘mudball’ had made Bill a target for attack from all sides.”8

He did win his first six games for Salt Lake, five of them shutouts, so somehow he managed to weather the alleged disapprobation. On August 13, the Yankees exercised their option on him for 1917. By season’s end, he had eight shutouts, leading the league.9

He trained with the Yankees again in the springtime and again traveled with the team at the beginning of the season. He pitched against Brooklyn again on April 29 during an exhibition game at Jersey City, allowing only two hits, but was never asked to pitch in a regular-season game and was farmed out once more on June 9, this time to Toledo. His won/loss record for the Toledo Iron Men was a disappointing 6-16, though his ERA was a not-bad 3.72, and he was brought back up to New York after the American Association season was over and was given a start in the first game of the October 3 doubleheader against the visiting Philadelphia Athletics. It was the last day of the season, nothing at stake, and there were only “about 300 hardened baseball souls, who braved the cold to see the last act of the baseball tragedy” at the Polo Grounds.10 The Times story said he “did fairly well except for the eighth inning…when his curves lost some of their elusiveness and the pellet bounded away for a series of three singles, which, combined with an unfortunate pass, spilled the game beyond redemption.” Two runs scored, breaking the 1-1 tie, and resulted in a 3-1 complete-game defeat.

Piercy pitched for St. Paul in 1918, 6-6 with a 2.84 ERA in a season abbreviated by the suspension of baseball because of the First World War. Piercy was not called for military service. He appears to have taken some wartime work in shipbuilding, since he is found in the occasional news article of the day pitching for Bill Essick‘s L. A. Shipbuilders team in the area War Service League.11

The major leagues (the Yankees) welcomed him back in 1921, and he was with the ballclub for the full season, though never appearing in more than three games per month. Both he and Babe Ruth were involved in an automobile accident in June, but it had been a “heavy cold” that led to an ailing arm which kept him out for all but one appearance between June 22 and August 19.12 His record was 5-4 with a 2.98 ERA in 14 games (10 starts). He did get a brief taste of postseason play – one inning in Game Six of the 1921 World Series against the New York Giants. He pitched the top of the ninth, giving up a single, benefitting from a strike-’em-out, throw-’em-out double play, yielding another single, and then striking out the final batter. He’d prevented the Giants from adding to their 8-5 lead, but Yankees batters popped up the ball to second base three times in succession in the bottom of the ninth and the game was over. The Yankees lost the best-of-nine World Series, five games to three.

After the season, Piercy played in a postseason barnstorming game with Babe Ruth in Buffalo with Babe Ruth and Bob Meusel, violating an order by Commissioner Kenesaw Mountain Landis. It was meant to be a tour, but the players relented after a stern warning from Landis. All three were nonetheless fined an amount equaling their World Series shares, and suspended for 30 games at the start of the 1922 season.13 The following October, he was reportedly in trouble again for playing some unsanctioned winter baseball in California.14

Near the end of December, on the 20th, Piercy was packaged in a trade with the Boston Red Sox. He joined Rip Collins, Roger Peckinpaugh, and Jack Quinn (and $100,000) in heading to Boston, for Joe Bush, Sam Jones, and Everett Scott. After the trade, the Boston Herald‘s take on Piercy’s occasional play in 1921 was simply that he was “not good enough to do anything like regular work.”15

For the next three seasons, Piercy pitched for the Red Sox – though never with a winning record (and not being permitted to pitch for the first month of 1922 due to his suspension.) The Red Sox finished last, last, and a half game out of last place in 1922 through 1924, with a combined winning percentage of .411, his own winning percentage of .327 didn’t quite measure up (his combined ERA was 4.48). His best year for ERA was 1923 (3.41) but lack of run support held him to 2-12 at first (in seven of the losses, his teammates scored no more than one run), and an ultimate record of 8-17.

The Red Sox expected a lot from him in 1924, with him adding a knuckleball to his repertoire. The Boston Herald cited “professional baseball men” as having no doubt: “They simply KNOW that he will have a big year this season.”16 He did not. He pitched with a 5.95 earned run average and finished 5-7. He was knocked unconscious by a line drive in the June 18 game; he was 4-2 at the time with an ERA of 4.34 (and the team was in third place.) It was said to be the third time he’d been hit in the head by a batted ball.17 The injury probably didn’t explain his later problems; he was out for a couple of weeks, but his next two games were quite good ones. There were five games later in the season, however, when he was hammered hard. After one of them, manager Lee Fohl fined him $100 for “indifferent pitching.”18 After the season, the Boston Globe cited “lack of control and the failure to take his work seriously” as his “chief faults.”19

Piercy enjoyed one more stint in the big leagues, in 1926 with the Chicago Cubs. William Wrigley purchased his contract and that of Lefty O’Doul, both from the Bees.20 He was with the team all of the 1926 season, 6-5 (4.48). He was “turned over” to the Coast League Los Angeles Angels in December, “the final payment in the deal that sent Charley Root back to the Windy City nine last year.”21

Piercy’s gravestone shows his birth year as 1897 but both his World War I draft registration and the California Death Index give it as 1896.

2 Thanks to Carlos Bauer for information on Piercy’s play in the California State League. The league owners voting to shutter the league was reported in the June 2, 1914 San Jose Evening News.