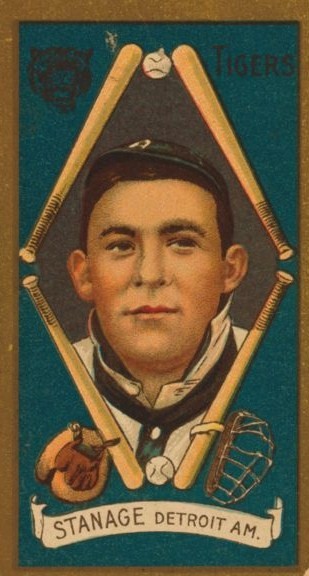 Cobb had a reputation as being especially hard on rookies. One of the yannigans Cobb targeted for abuse was the pint-sized third baseman Ossie Vitt, who joined the Tigers in 1912. In a 1938 feature article in The Sporting News, Vitt recounted how Cobb treated him unmercifully until Stanage stepped in. According to Vitt, Stanage, called Big ‘O’ by his teammates, told Cobb: “if you don’t lay off little ‘O’ Big ‘O’ is going to hit you so hard he will drive you right back to Georgia.” Not wanting to incur the wrath of Stanage the Georgia Peach never again harassed Vitt during their seven years as Tiger teammates.