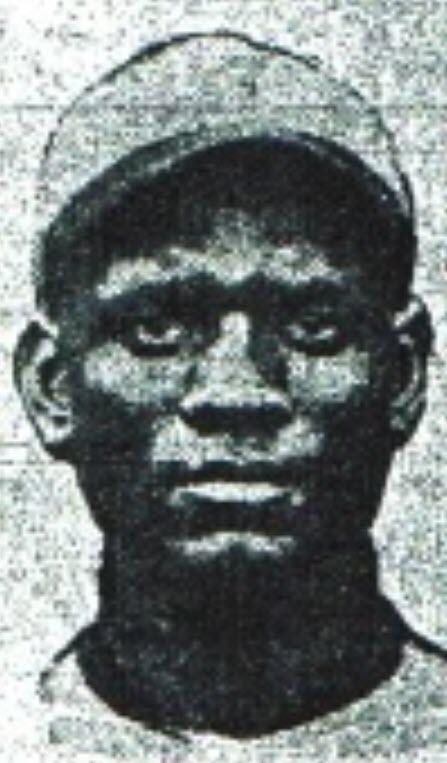 With a truncated index finger on his pitching hand,1 southpaw Willie “Three Finger” Gisentaner was the Negro Leagues’ counterpart to the major leagues’ Mordecai “Three Finger” Brown. Gisentaner moved from team to team in a career that lasted two decades. He was recognized as a smart pitcher and a good hitter.

On December 11, 1899, William Gisentaner was born in Ozark, Alabama, a farming community in the southeast corner of the state.2 Nothing is known about his childhood, but it is likely that he grew up on a farm there. The origin of his deformity is unknown; it may have been a birth defect or the result of a childhood accident.

In 1920 Gisentaner lived in Jacksonville, Florida, with his mother, Cordelia, and worked as a porter.3 That year he began his professional baseball career with the Jacksonville Stars.4 On September 7, as a member of the Atlanta Black Crackers, he threw a four-hitter in a 4-1 victory over the Knoxville Giants.5 He returned to the Black Crackers the following spring, and in midseason joined the Columbus (Ohio) Buckeyes, managed by the legendary John Henry “Pop” Lloyd. On July 16, 1921, Gisentaner shut out Rube Foster’s Chicago American Giants for seven innings but fell apart in the last two frames in a 6-1 loss.6 On September 14 he hurled a two-hit shutout in a 6-0 triumph over the Kansas City Monarchs.7

Gisentaner joined the Monarchs in 1922. On August 1 he fired a five-hitter in a 3-1 victory over the Indianapolis ABCs and held the great Oscar Charleston hitless.8 On September 5 Gisentaner threw another five-hitter as the Monarchs mauled the St. Louis Stars, 15-3.9 Eight days later, the Monarchs played the Chicago American Giants at Kansas City’s Association Park. With the bases empty and the game scoreless in the bottom of the ninth, Gisentaner belted a pinch-hit, walk-off home run over the right-field wall. The crowd “went wild” and “showered” him “with a bunch of currency.”10 Although slender at 5-feet-9 and 156 pounds,11 Gisentaner could slug the ball. According to Seamheads.com, he was a left-handed batter and averaged .347 in 1922.

A paucity of box scores makes it difficult to track Gisentaner’s activities over the next two seasons. However, it is known that he played for the Monarchs and Washington Potomacs in 1923 and for the Philadelphia Giants a year later.

In 1925 Gisentaner played for the Harrisburg (Pennsylvania) Giants, managed by Oscar Charleston. In a doubleheader against the Baltimore Black Sox on June 7, Gisentaner was an iron man: He pitched two complete games and won both, by scores of 3-1 and 3-0.12 It was reported that he “has one of the most wicked curves” in the East.13

Gisentaner began the 1926 season on the Newark Stars. After the team disbanded in late June, he moved to the New York Lincoln Giants, managed by Pop Lloyd. On August 15 the left-hander pitched “air-tight ball” in the Lincoln Giants’ 7-2 victory over the Cuban Stars; Martín Dihigo’s two-run homer accounted for the Stars’ runs.14 The Lincoln Giants crushed Hilldale, 11-1, on September 12; Gisentaner struck out nine in the seven-inning contest and clouted a home run.15

Gisentaner’s hitting was a major asset. He was the Lincoln Giants right fielder in the first game of a doubleheader on June 12, 1927, and slugged a grand slam in an 8-5 loss to the Cuban Stars.16 On May 27, 1928, he pitched an 11-inning thriller and singled in the winning run to edge the Philadelphia Elks, 4-3.17 He left the Lincoln Giants in the summer of 1928 and bounced from team to team — the Penn Red Caps, Brooklyn Royal Giants, Cuban Stars, and Havana Red Sox — before landing in Louisville in the spring of 1930.

The Louisville Black Caps played Indianapolis in a doubleheader on May 11, 1930. The box scores demonstrate the respect given to Gisentaner’s hitting ability. In both games of the twin bill, he was third in the Louisville batting order. He played in right field in the first game and pitched a seven-inning shutout in the second contest.18

Against the St. Louis Stars on July 12, 1930, Gisentaner pitched a complete game and smacked two triples in four at-bats. But Louisville was defeated, 8-5, as two future Hall of Famers drubbed his deliveries: Mule Suttles hit a double and a triple, and Willie Wells added a triple and a home run.19

In October 1942, at the age of 42, Gisentaner enlisted in the US Army. According to the enlistment record, his civil occupation was porter and his marital status was “separated, without dependents.” The name of his spouse is unknown.

Gisentaner’s name does not appear in the rolls of World War II casualties, so presumably he survived the war. Research has yet to reveal what became of him after the war. The date and place of his death are unknown.

This biography was reviewed by Bill Lamb and Len Levin and fact-checked by Jeff Findley.

3 1920 US Census and Jacksonville city directory.

6 “Bucks Are Given Double Trimming by Plucky Giants,” Chicago Whip, July 23, 1921: 7. Gisentaner pitched against the Chicago American Giants in the first game of a doubleheader on July 16, 1921.