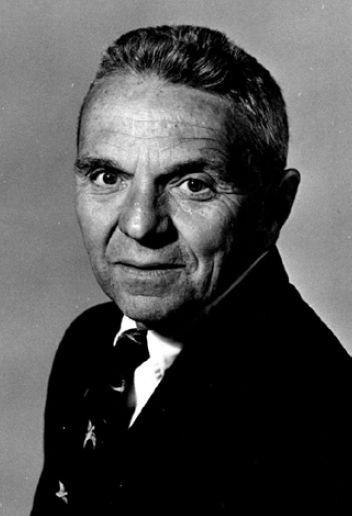 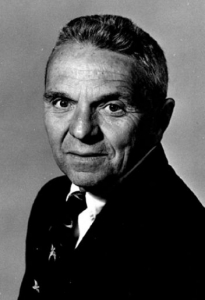 Dick Gordon got his start by breaking a national story when he was in college, and parlayed that into a long career as a Minnesota sportswriter. His prodigious memory enabled him to recall facts long after the event happened, and his writing, while factual, contained enough embellishment to make it entertaining for the reader.

Charles Richards “Dick” Gordon was born on January 15, 1911, in St. Paul, Minnesota, the son of Charles William Gordon (1861-1939) and Charlotte (Bishop) Gordon (1874-1960). His grandfather, Richards Gordon (1829-1911), had immigrated from Ireland in the 1840s and co-founded Gordon & Ferguson, a well-known Minnesota fur trading company. Late in the 1800s the company began the manufacture of fur clothing using the Field & Stream trademark on its products, which continues. Dick’s father, Charles, took over and was running the company by the time Dick was born. Dick had an older sister, Virginia, born in 1908, who died in 1923 at the age of 15.

Because of the success of their business, the family was wealthy by the time Dick was born. He grew up in his grandfather’s home, where three generations of the family lived together, along with several servants. He attended the St. Paul Academy prep school, where he was editor of the school newspaper. The headmaster of the school said that Gordon was a better writer than F. Scott Fitzgerald, who had attended the school more than a decade earlier.1

While in high school Dick got a job as copy boy at the St. Paul Dispatch, supposedly by walking in and talking himself into the job.2 When he went to Princeton University he wrote for the student newspaper, the Daily Princetonian. During the US Open golf tournament at Interlachen Country Club in suburban Minneapolis in 1930, he talked to professional golfer Bobby Jones, and was able to break the story of Jones’s forthcoming retirement from the game.3 This earned Gordon the nickname Scoop, and helped as an entry point into the world of sportswriting. While at Princeton Gordon even attended the 1929 World Series, where he saw the famous game in Philadelphia between the Athletics and the Chicago Cubs in which the A’s scored 10 runs in an inning to come back from an 8-0 deficit and win.4

After graduating from Princeton, Gordon joined the St. Paul Pioneer Press as a sportswriter. After a few years there, where he met and worked with many local writers and sports celebrities, he moved to Chicago in 1939, where he began writing for the Chicago Daily News.

When the US entered World War II, Gordon enlisted in the Marine Corps, and served in the Pacific as a combat correspondent. One of his stories, about an Army baseball team on Guadalcanal, became his first published article in The Sporting News.5 After two years in combat and promotion to sergeant, he returned to Minneapolis, where he worked as a recruiter for the Marines, and where he met his future wife, Adelaide Washburn, who had taught at the University of Minnesota and worked for the Red Cross during the war. The couple married in Minneapolis on April 26, 1945, just days before the victory over Germany.

The couple had three children: Charles was born in 1946, Robert in 1951, and Richards in 1953, and they lived in St. Paul all their lives. “I worked in Minneapolis, but I always lived in St. Paul,” Dick said.6 Adelaide kept the house together while Dick traveled for work, sometimes taking the family with him but often as not going by himself. He wrote letters to his sons all his life, whether they were away at camp or after they had become adults and moved away from Minnesota.7

Gordon regularly took his boys to sporting events, where they met many famous athletes. His son Charlie recalled that at one baseball game he was introduced to Willie Mays, Ted Williams, and golfer Sam Snead.8

“He would be the first to admit that he was not a great athlete, but he loved sports,” Gordon’s son Dick said.9 Gordon was even able to poke fun at his own sporting ability in print: “Now, Pop, don’t feel badly if your son’s high school efforts, on gridiron, court, rink or diamond, top your own prior performances at that level. That would be par for the course, as the author’s three male offspring will be the first to point out.”10

While Dick was working, Adelaide looked after the family and occupied her time on numerous charity boards, with organizations as diverse as the Schubert Club (a performing-arts organization, where she started a music therapy program), the Junior League, her alma mater Smith College, and church groups. The couple played various sports together including tennis and golf, and she attended all her children’s sporting events, whether Dick was able to make it or not.

At the end of the war Gordon returned to his old job as a sports reporter for the Chicago Daily News. He soon left there, though, because during his time away at war, “Some 4-Fer (military reject) stole my job.”11 He returned home to Minnesota, joining the Minneapolis Star as a sportswriter. He stayed there from 1946 to 1976 and continued his side work writing for numerous national publications. Over the years Gordon wrote many articles for The Sporting News and Baseball Digest, starting in the 1940s and continuing through the 1970s. He also became one of the earliest writers for the new national weekly magazine Sports Illustrated in the 1950s.

Gordon covered local sports including the Minnesota Twins, the Vikings, and his favorite subject the University of Minnesota Golden Gophers football team. “He was a walking history of University of Minnesota sports,” said fellow writer Will Shapira.12 Before professional sports came to Minnesota, Gordon said, the Gophers were “the only game in town. From when practice started the day after Labor Day until the bowl games, Gopher football was the big sports story every day. We only took time out for the World Series.”13 He would regularly write about college football, including the history of the Little Brown Jug, the trophy fought over by the Gophers and the University of Michigan, which he called “an insignificant 35-cent crock from a Hennepin Avenue variety store.”14

Gordon also covered national and international sports, including the 1960 Olympics in California. There he wrote about the US men’s hockey team for Sports Illustrated. “He always considered that the true miracle on ice,” Gordon’s son Charlie said.15 He presaged the modern era of sports reporting, all-access all-the-time, when he complained about not being able to talk to the athletes. “You couldn’t go into the Village and you couldn’t go into the locker room,” he said.16

Gordon regularly covered baseball as a beat writer in Minneapolis, writing about the minor-league Minneapolis Millers and St. Paul Saints, and the efforts to bring a major-league team to the area, culminating in the arrival of the Minnesota Twins in 1961. He continued to write about the Twins for years afterward, and once noted that his favorite player was Harmon Killebrew. He never hid from you. If he had a bad day at the plate, he didn’t try to duck the reporters after the game.”17

Gordon’s output was legendary, and his wide range of sports coverage was too. Even within a single sport he could write about many different topics. For example, with the Twins at their peak in 1964-65, he wrote several articles about the team and its players (Killebrew, Al Worthington, Tony Oliva), but also composed a profile of Walter Alston, a comparison of fathers and sons in the major leagues, a discussion of whether Luke Appling or Joe Cronin was the second-best shortstop of all time, and a look at shortstops in the majors and how their job had changed. This range of articles showing both statistical and historical knowledge was in many ways a precursor to the modern baseball researcher.

His greatest quality was his memory, and the ability to recall long-ago events. “I miss him terribly, but what I most miss is all the information he knew,” son Richards Gordon said of his father. “He had an unbelievable memory.”18 He took this knowledge, added in great detail from his conversations with players and officials, and created well-rounded stories that involved the reader at every step. “Gordo’s game stories were exemplary. He would featurize them – he was ingenious at digging up things,” said Will Shapira.19

During the 1970s Gordon wrote about the possibility of a new stadium for the Vikings and Twins, one of several Minnesota writers who saw the need for the area to develop, and he also wrote about social issues involving sports, including a 1974 story about the implementation of Title IX at the University of Minnesota.20

After retiring in 1976, Gordon wrote special pieces for the Minneapolis Star until 1982 and continued writing for the Highland Villager in St. Paul in his retirement. He never stopped writing, although in his final column for the Villager he wrote, “This column may well be my last contribution to the Villager. Age 96 and 11 months seems an appropriate time to quit hitting – and missing – the keys (as in typewriter, not computer).”21

Adelaide died in January 2007, and after 61 years together Dick obviously missed her. “I hate being alone. I hate it!” he said.22 He lived the last part of his life in an assisted-living center in St. Paul, and died on December 8, 2008, aged 97. He left a large family, and a long legacy of great writing that covered a wide range of Minnesota sports history.