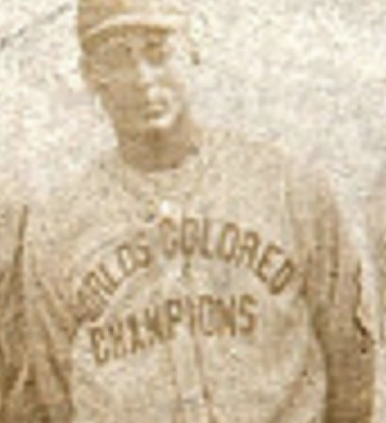 Wabishaw Spencer “Doc” Wiley played in the Negro Leagues for 15 seasons and earned his nickname by becoming a practicing dentist. He was an offseason dentist during his playing career and transitioned to dentistry full time once his playing career ended.1

His place of birth listings are also inconsistent. “Negro Leagues researcher Gary Ashwill was able to document how Wiley reinvented himself through the years. Wiley’s World War I draft card shows him as an ‘African’ being born in Vernon, La., but he claimed to be from Oklahoma in the 1930 Census while his World War II draft card shows him as an Oklahoman of Indian heritage. Ashwill believes Vernon to be the most likely birthplace for Wiley.”2

Wiley’s father Tomson was a farmer who was born in July 1857 in Louisiana, and his mother Liddie was a homemaker who was born in October 1860, also in Louisiana.3 Wabishaw was the third-oldest of eight children. He had two older sisters, three younger sisters, two younger brothers, and “was both of Muscogee (Creek) and African-American heritage.”4

Wiley attended Arkansas Baptist College in Little Rock before graduating from the Howard University (a historically Black university) School of Dentistry in Washington D.C. It’s unclear what year Wiley graduated from Howard, but it was around the time that he began his professional baseball career. His first season was in 1909 with the Birmingham Giants, where he played first base and was a teammate of Hall of Famer Ben “Old Reliable” Taylor.

In 1910, Wiley caught for the West Baden Sprudels in Indiana and batted near the bottom of their order.5 He shifted from catcher to first base after joining the Philadelphia Giants in 1911 because the Giants had Hall of Famer Louis Santop as their backstop. Wiley went back behind the plate when the Brooklyn Royal Giants acquired him later in the 1911 season.

Wiley, who stood six-foot-one, weighed 190 pounds, and batted and threw right-handed, stayed with Brooklyn in 1912 and split the catching duties with Chappie Johnson, Jesse Shipp, and Pearl Webster.

In 1913, Wiley joined the team he’s now most associated with, the New York Lincoln Giants. The Lincoln Giants established themselves as one of the best professional Black teams of the Deadball Era when they achieved an overall 108-12 record in their inaugural 1911 season. That 1911 club was managed by Hall of Famers Sol White and Pop Lloyd, and Lloyd was still the manager when Wiley arrived in 1913. The Lincoln Giants’ rosters in their first few seasons included legendary players like Dick “Cannonball” Redding, Spottswood Poles, Santop, Smokey Joe Williams, Grant “Home Run” Johnson, and Dan McClellan. “The Lincoln Giants were formed by Jim McMahon, a white businessman, who signed players from the 1903-04 Cuban X-Giants and the 1905-06 Philadelphia Giants.”6

Wiley played for the Lincoln Giants from 1913 to 1923 and hit .333 with six home runs and 101 RBIs in 186 documented games for them, helping the team finish first among Eastern Independent Clubs in 1913, 1915, 1916, and 1917. He is known as one of the best hitting Black catchers in the decade before the formation of the Negro Leagues. “In 1914 and again 1916, [Negro Leagues historian] John B. Holway awarded Wiley his Fleet Walker Award as the best player in all of the East. Holway has also deemed Wiley an all-star each year from 1913 through 1915.”7 The same historian found records of 13 at-bats Wiley had against “top-flight Major League pitching in 1913” and calculated that Wiley batted .385 in those matchups.8

Wiley was known as a steady defensive catcher who handled the Lincoln Giants’ pitchers well. He frequently caught the blazing fastballs of the Hall of Fame hurler Williams. “Smokey Joe,” who was also known as “Cyclone,” was reportedly part Native American, like Wiley.9 “Just wait till you see ‘Cyclone Joe’ Williams whizz them in to Wiley, then you’ll see some pitchin’, man,” fan Charley Ross told Hackensack, New Jersey’s The Record in 1913.10

An exhibition on October 5, 1913, at Olympic Field in Harlem (the Lincoln Giants’ home ballpark, just two miles from the Polo Grounds) saw the Lincoln Giants face the Philadelphia Phillies. Hall of Famer Grover Cleveland Alexander started for the Phillies. Wiley hit a single and a double against Alexander and caught Williams, who struck out 10 Phillies. The Lincoln Giants piled up 12 hits off Alexander and won, 9-2.11 Their success versus Alexander came in the same year the righty led the National League in shutouts.

The Lincoln Giants’ victory over the Phillies came on the same day that the Mohawk Giants beat Hall of Famer Walter Johnson and a White barnstorming team, 1-0, in Schenectady, New York. The New York Age reported that when the Black teams beat two of the best White pitchers in the major leagues on the same day, it “set the fans to arguing as to the relative strength of some of our colored baseball clubs as compared with the big league teams.” The same newspaper went on to disclose that the Mohawks’ victory over Johnson “was not recorded by some of the daily papers.”12

On September 20, 1914, the Lincoln Giants played “Chinese University,” a group of Hawaiian players, in front of a sellout crowd at Olympic Field. Wiley played right field and got three hits in the Lincoln Giants’ 5-4 win. “The contest was to have been the farewell one of the Orientals in the Easct (sic), but the team put up such sensational ball that the management will try to induce them to play one more game at Olympic Park next Sunday,” the New York Age reported four days after the game.13

The New York Giants visited the Lincoln Giants’ home park for an exhibition on October 10, 1915. “A crowd much larger than that which saw the Giants play in the last week of their home stand at the Polo Grounds jammed its way into the stands and into every inch of available standing room at Olympic Field,” the New York Age described. Wiley was the starting catcher, batted third, and hit a double in the Lincoln Giants’ 4-2 loss to John McGraw’s nine.14

Wiley took a hiatus from the Lincoln Giants to join the military. He enlisted in St. Louis on March 21, 1918, while World War I was ongoing, and became a Private in the Medical Department, serving as a dentist for active military members. He was discharged on January 11, 1919.15

A few years later, Wiley’s participation in an extra-inning game got him immortalized in a poem. John Condon’s “The Great 12-Inning Game” is based on a matchup between the Lincoln Giants and Philadelphia’s Hilldale Nine that took place in the Bronx in August 1923. The 12th and final stanza of the poem reads:

“Doc Wiley yelled ‘Take him away!’
Hey! Lincoln there goes one!
‘There’s two, —yes two,’ he shouted,
‘our task is almost done.’
Wilson, Thomas, Wiley and gallant,
bold Marcelle,
Highpocket, and great Singer, the
‘Rose of New Rochelle’
Landed one more tally in that twelve-inning game
That showed—the—Lincoln’s—mettle
and added to their fame.”16

The Lincoln Giants released Wiley after the 1923 season and his professional baseball career ended. From documented games within Seamheads.com’s Negro League Database, he had a .310 batting average and .366 on-base percentage over his 15-year professional career. He batted .300 or better in seven seasons and had 263 hits, including six home runs.17

After baseball, Wiley opened and operated his own dental practice in New Jersey. As of 1930, Wiley was living in East Orange, New Jersey, with his wife Lelia in a home valued at $25,000.18 Lelia was born in Virginia and was 10 years younger than Doc. They didn’t have any children.

Wiley was still running his dental practice in 1940, and he and Lelia still resided in East Orange.19 Around this time, Wiley was also excelling at his hobby, trapshooting.20 He died on November 3, 1944, in Jersey City, New Jersey, and is buried in Fairmount Cemetery in Newark, New Jersey.21

Wiley was one of 94 candidates on the preliminary ballot for the Hall of Fame’s 2006 Special Committee on the Negro Leagues election but was not one of the 39 candidates that advanced to the final ballot.

This biography was reviewed by Steve Rice and Phil Williams and fact-checked by Karen Holleran.

In addition to the sources cited in the Notes, the author also used Baseball-Reference.com, FamilySearch.org, Newspapers.com, and used the Seamheads.com Negro Leagues database in January 2021.